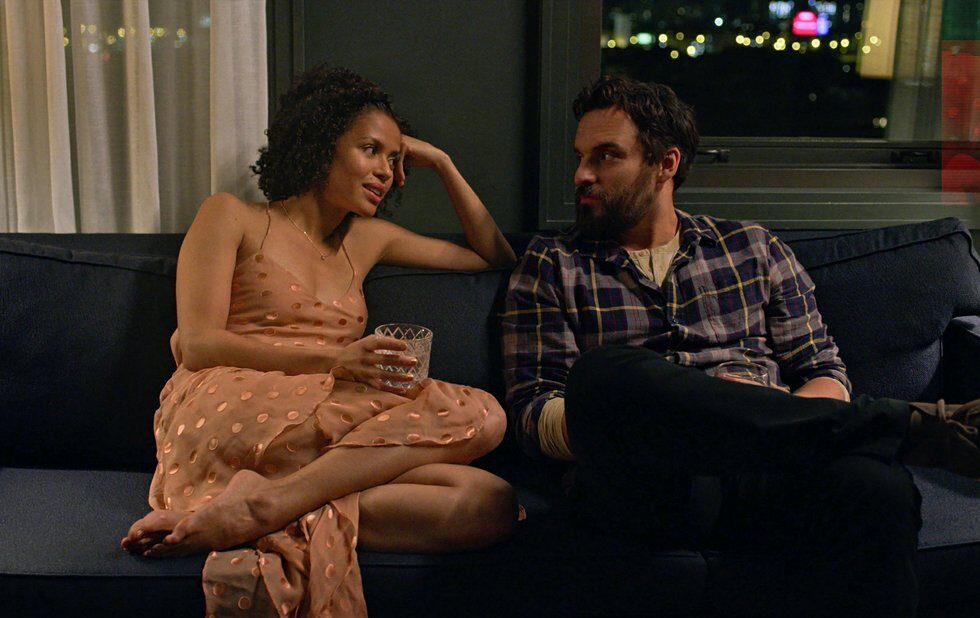 What’s it like to be cancelled? It seemed like indie filmmaker Joe Swanberg’s sharply observed look at sex, relationships and technology could have gone on forever. Though it’s not clear exactly why, after three seasons, the Chicago-set anthology series is bowing out, it’s predictably not quite offering us closure, but a sense of what it feels like to be unrenewed in love.

One episode pointedly deals with “cancel culture,” but a recurring theme in these nine episodes are characters who feel alienated, unwanted and at seemingly insurmountable impasses. Swanberg’s writing is full of so many tangled layers and emotions that it often feels impossible as an audience member to take sides.

As with seasons one and two, writer, director and executive producer Swanberg – who’s so prolific he once finished seven features in one year – again collaborated with his cast to shape character arcs and dialogue. The mostly stand-alone episodes play like short films: some stories pick up in other seasons, some do not, and occasionally characters pop up in other stories.

Whereas season two focused more on stories about communities, season three mostly zooms back in to hyper-focus on thorny relationship dilemmas that often result in long and thrilling exchanges between now-familiar characters.

The first episode brings back Andi (Elizabeth Reaser) and Kyle (Michael Chernus), who are forced to reevaluate the parameters of their open marriage. Andi hasn’t really warmed up to the idea, but begins to have a change of heart after feeling a spark with married-but-not-open friend Ryan (Cliff Chamberlain). Meanwhile, Kyle’s girlfriend Amy (Lindsay Burdge) shifts their relationship into the friend zone. The episode ends on an ominous image of Andi and Kyle in bed, their faces entranced by illuminated cellphones.

As Hugh warms to the idea of being dominated, technology becomes an enabler of boundary pushing. A similar theme runs through the lighter Yes (episode four), in which the perennially single Annie (Kate Micucci) embarks on a Tinder-assisted dating experiment.

The midpoint of the series gets heavier in Swipe Left as Andi and Kyle find themselves at odds on their open marriage. Their story, the only one to span two episodes, picks up with Andi finding her groove and setting up a dating profile in a sequence that is at once charming, sexy and hilarious. The episode builds to an enthralling 20-minute exchange in a bar. The scene exemplifies everything that is great about Easy, with Swanberg creating tension and revealing character through reaction shots and gestures. Reaser and Chernus bring a lived-in spontaneity to the dialogue, which is as logical as it is emotional. They’ve processed so much – even gone to couple’s therapy – but are genuinely shocked there’s so much left to say.

Blank Pages gives us a scene of similar intensity as curmudgeonly author Jacob Malco (a perfectly cast Marc Maron) meets former student Beth (Melanie Lynskey) who has penned a memoir detailing a tryst that derailed her writing career. It’s a ripped-from-the-headlines plot: an entitled man must reckon with a situation that meant nothing to him, but was a devastating turning point for a woman. The carefully constructed exchange is full of nuance and contains a disturbing irony that Lynskey conveys brilliantly. Does Jacob even notice? Either way, he is forced to rethink what he wants from his friendship with Annabelle (Jane Adams).

Technology as a force of productive-but-painful change is a more indirect theme here, as the implied fear of a career-ending social media backlash becomes motivation for a hard look inward. And the wonderful Adams is far from secondary in this episode. Swanberg gives her arguably the most complex role as Jacob dumps all his stressful emotions on Annabelle. Blank Pages captures the messiness and complexity in situations many men would prefer to dismiss as vengeful rather than an honest attempt to find accountability.

The idea of feeling cancelled plays out in different ways over the final three episodes. In the documentary-like Number One Seller, charismatic street vendor Scrap (Kali Skrap) goes rogue selling toys on the street and makes a choice that jeopardizes friendships. In Low Rolling Boil, Dave Franco and Evan Jonigkeit’s brewery brothers Jeff and Matt are back and not on speaking terms.

This literal “bro” storyline has been the least compelling to date, but the two men’s reluctance to be vulnerable with each other comes dramatically into focus this time and, again, the women in their lives (Zazie Beetz and Aya Cash) are forced to shoulder the fallout. (And though there are queer women on Easy, it’s too bad the show is ending before we got an episode focused on queer men.)

Swanberg saves the most romantic, bittersweet and fitting episode for last, bringing back Gugu Mbatha-Raw and Jake Johnson’s Sophie and Drew from season one in She’s Back. Sophie, who broke off their relationship to take an acting job on a sitcom, finds out her show has been cancelled (is that a hint?) and drifts back into Drew’s life. The story, sensually framed and loaded with sexual tension and possibility, plays like a low-key metaphor for this absorbing and beautiful series’ own fate: so much left unsaid.