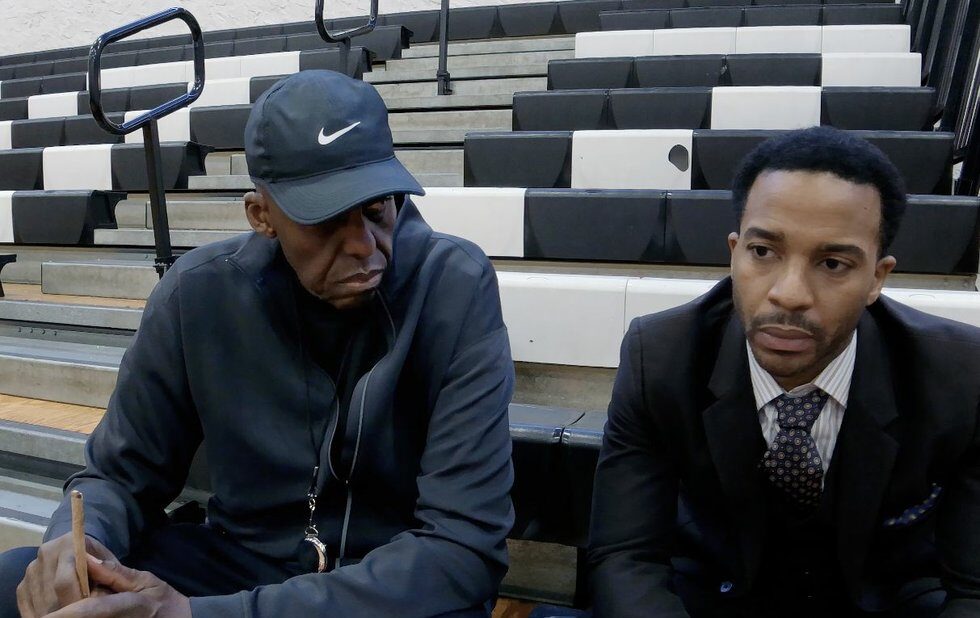 Steven Soderberghs High Flying Bird is a sports picture without any sports in it. That is, unless you count the games constantly playing in the background on TVs in bars, restaurants and offices frequented by agent Ray Burke (Andre Holland) as he rushes around New York City during a NBA lockout season, making calls and taking meetings and doing his best to bend a billion-dollar industry to his will.

Theres a beef to manage between his rookie client (Melvin Gregg) and a white-hot star (Justin Hurtt-Dunkley), an imposing high school coach (Bill Duke) to placate and an assistant (Zazie Beetz) whos on her way out, and all with an awareness that Ray is working for free no one gets paid until the lockout ends, and money is growing tight.

High Flying Bird gives us a dense story with plenty of moving parts, with a lean script from Moonlight co-writer Tarell Alvin McCraney that fills in the characters motivations and backstories on the fly, daring us to keep up. Its a perfect fit for director/cinematographer/editor Soderbergh, who worked with Holland on The Knick and delights in narratives that pit very smart people against institutions determined to maintain the status quo by any means necessary.

Its worth pointing out Soderbergh was the original director on Moneyball a decade ago, before his version of the project fell apart since then, hes retired from features, directed three projects for television and returned to features with a new passion for playful invention. High Flying Bird surely benefits from his creative evolution.

Once again shooting on an iPhone in widescreen this time Soderbergh frames Holland as our guide through the strata of the sports world, peering in as Ray spars with negotiators in sterile offices, encourages a one-on-one grudge match in a Brooklyn high school gymnasium, holds a press conference in an ornate event space to explain the thing he did in the gym and so on down the line.

We get to hurtle alongside him, trying to figure out what it all means and enjoying the hell out of the ride.