NOW MagazineMovies & TVReviewsTV Review: Never Have I Ever wins you over with rare wit

TV Review: Never Have I Ever wins you over with rare wit 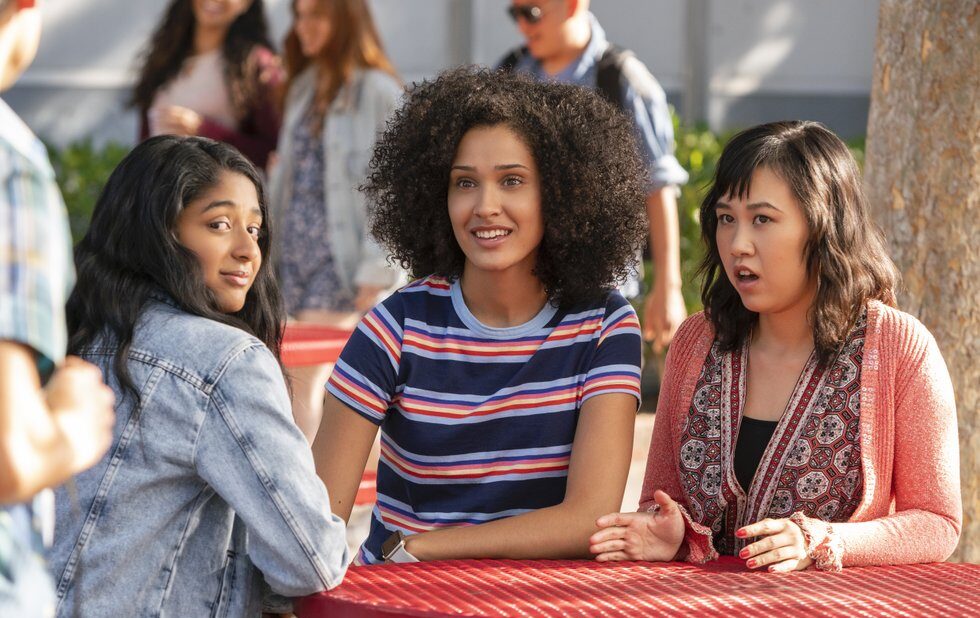 NEVER HAVE I EVER (Mindy Kaling and Lang Fisher). All ten episodes stream from Friday (April 27) on Netflix. Rating: NNN

In the Netflix series Never Have I Ever, Mississauga’s Maitreyi Ramakrishnan plays Indian-American teen Devi Vishwakumar. Her best friends are Eleanor (Ramona Young), who is East Asian, and Fabiola (Lee Rodriguez), who is a half-Black, half-white closeted lesbian.

The kids at their Sherman Oaks high school call the trio the UN as a knock against their smarts and diversity – two traits the show also boasts.

The obvious talking point with a series like this is its diversity. When was the last time you saw American television centred on a South Asian teen? When the hell was an entire episode in a mainstream sitcom dedicated to Ganesh Pooja? And who could have guessed the narrator for such a show would be legendary tennis player John McEnroe?

He really is. And he’s perfect!

Kaling, who was a trailblazer with her own network comedy The Mindy Project, can make diversity feel effortless, even in a movie like Late Night, which was about the growing pains to achieve representation in the entertainment industry. Never Have I Ever isn’t quite as smooth as that film. The first couple episodes feel like the show’s eagerly trying to win all kinds of ribbons at once for being amiable, raunchy, current and woke.

That identity crisis is oddly fitting since the show is about a pubescent teen caught between cultures, social status and romantic interests.

Never Have I Ever is like an awkward teenager saying the corniest things to win affection: annoying at first but then it quickly grows on you. And just as quickly the series wins you over with rare wit and unexpected emotion.

The fourth episode about Ganesh Pooja isn’t just an occasion to sprinkle some colour with a Hindu celebration, but a confrontation with Devi’s discomfort with Indian tradition self-hate dressed in a too-cool-for-school outfit.

The religious occasion also grants Sherman Oaks’ Indian society the opportunity to gather and pray, but also gossip as if they were high school kids. The show hammers home that point by setting the celebration at Devi’s school, a reminder that one social scene isn’t that different from the other.

What it is the show is supposedly trying to achieve is quickly forgotten when absorbed in Devi’s overlapping crises: her social climbing, sexual fumbles and strained relationship with an over-bearing widowed mother (Poorna Jagannathan, who is fantastic).

Devi’s a big character. She’s type-A, sharp-tongued, wounded and explosive. The show can barely contain her. But Ramakrishnan, plucky and wide-eyed, nails the role with attitude to spare.