Surprise-released movie has an overqualified cast, a familiar sci-fi story and a clumsy connection to the Cloverfield universe 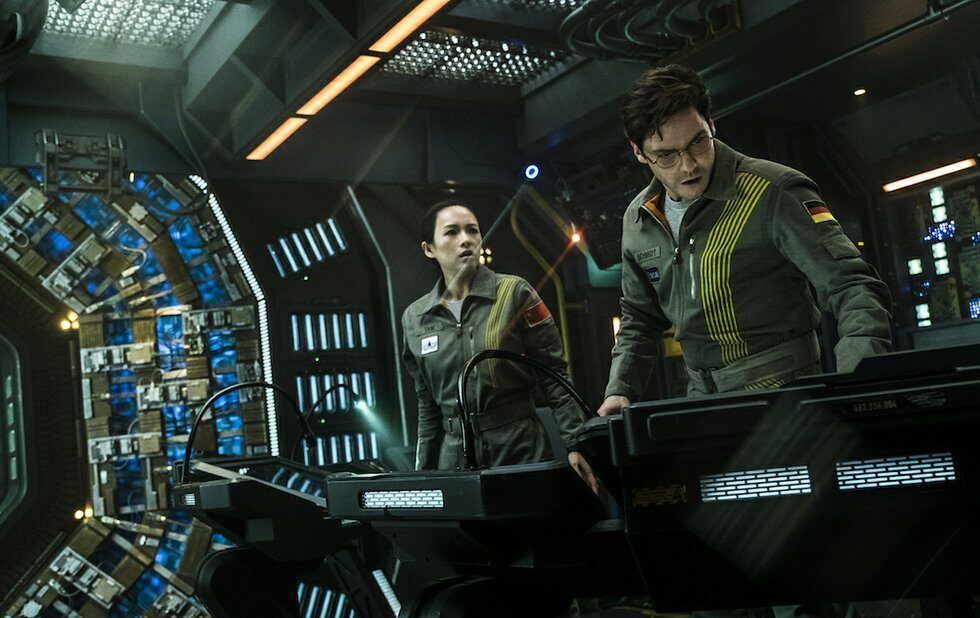 Here’s the real Cloverfield paradox: The Cloverfield Paradox would be an utterly unremarkable sci-fi thriller if it didn’t have the Cloverfield brand attached – and that’s a problem even a surprise Netflix release can’t paper over.

Of course, in a world where it’s more important that people talk about your product than actually enjoy it, this may not be much of an issue, and now a movie that would have been received as a major disappointment had it been released theatrically as originally planned is just another tab on a streaming service – and one that trended high during the Super Bowl, no less.

Putting the hype aside to take the movie on its merits, The Cloverfield Paradox – directed by Julius Onah and scripted by Oren Uziel, and shot under the title The God Particle – is a pretty standard exercise about the crew of an orbital space station encountering all manner of space weirdness after powering up their experimental supercollider.

The Earth? Gone. Reality? Highly volatile. Does it have anything to do with the eponymous paradox, which some frantic author was saying would lead to the destruction of the space-time continuum as we know it just minutes before they fired up the Shepard accelerator? Probably.

Until it’s all figured out, though, a handful of astronauts – played by the wildly overqualified likes of Gugu Mbatha-Raw, Chris O’Dowd, David Oyelowo, Daniel Brühl, Ziyi Zhang, John Ortiz, Aksel Hennie and Elizabeth Debicki – have to run around a series of corridors trying to survive various random threats, and this makes for an awfully familiar ride.

The Cloverfield Paradox isn’t even as much fun as last year’s Life, and can’t hold a candle to the likes of Alien, Sunshine or Event Horizon. And its attempts to stitch the action into the larger Cloverfield universe are very silly, amounting to an earthbound B-story that feels like it was shot months after the rest of the film. The actors do their best to make every scene interesting – Mbatha-Raw finding an emotional reality, Oyelowo and Brühl going for panicked competence and O’Dowd hitting a fun note of stunned wonder – they’re undone by a script that makes less and less sense the more we know about the situation.

The original Cloverfield and its entirely unrelated follow-up 10 Cloverfield Lane work so well because they concentrate on characters trying to survive massive disasters with limited knowledge of what’s going on here, we’re trapped with experts shouting technobabble at each other for much of the action… and it’s just not as compelling.