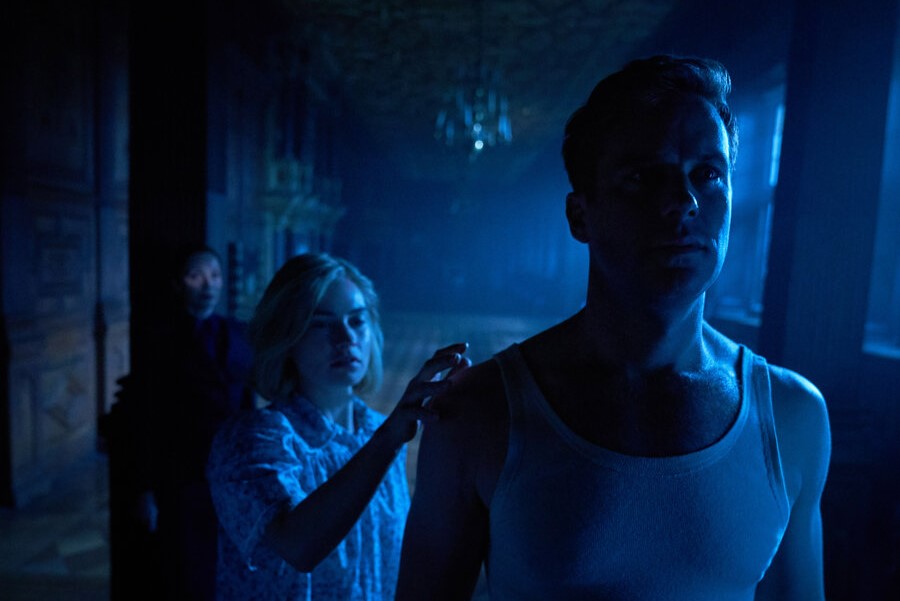 Daphne du Maurier’s Rebecca is a story about a young woman who cannot measure up to the memory of her husband’s deceased first wife. (Well, it’s about considerably more but that’s the elevator pitch.)

The first screen adaptation of du Maurier’s novel was directed by Alfred Hitchcock in full Gothic romance mode, with Joan Fontaine in the role of the new Mrs. de Winter and Laurence Olivier as her mercurial husband Maxim. He marries her after a whirlwind romance in Monte Carlo, brings her home to the Manderley estate in England and almost immediately abandons her to the care of Judith Anderson’s chilly Mrs. Danvers, who vastly preferred the late Rebecca.

And now, 80 years after Hitchcock’s film – which won Oscars for best picture and for George Barnes’s stately black-and-white cinematography – here is a new Rebecca, directed by Ben Wheatley, which cannot help but exist in the shadow of its lustrous predecessor.

But as with the second Mrs. de Winter, this Rebecca has the courage to make its own way. Working from a screenplay by Jane Goldman, Joe Shrapnel and Anna Waterhouse, and keeping the focus tight on Lily James’s blushing bride – whose marriage to the wealthy Maxim offers her a new standard of living with which she is decidedly uncomfortable – it finds new angles on the story, offering a more contemporary interpretation of the gaslighting going on throughout the narrative.

Is Maxim – interpreted by Armie Hammer as someone capable of immense warmth and courtesy, but also capable of turning it all off in an instant – truly haunted by the memory of the departed Rebecca, or is something else going on? Is the staff hiding a terrible secret? Is Mrs. Danvers – played just this short of camp by Kristin Scott Thomas – professionally cold, or actively cruel? And what’s the deal with the louche Jack Favell (Sam Riley), who shows up to drop cheeky hints of dark dealings but refuses to enter the house when invited?

All of these questions will be answered – and weirdly enough, that’s one of the less satisfying things about this Rebecca. Hitchcock’s film had to rework du Maurier’s ending to satisfy the moral demands of Hollywood’s production code, which had the benefit of making that version of the story a little murkier and more ambiguous.

This production stays true to the source, which depends on a leap of faith that doesn’t quite work, either because the script rushes through it or because James can’t quite sell the pivotal moment. (The structure of du Maurier’s story also requires Maxim to be spend a lot of the third act sitting around and scowling impotently, turning Hammer’s performance down from a rolling boil to a weak simmer.)

Even when it doesn’t fully work, this Rebecca still holds you. Wheatley’s tendency to build towards emotional explosions – as seen in everything from Down Terrace and Sightseers to Free Fire and the still-unreleased Happy New Year, Colin Burstead – serves the material well.

There’s a sense that someone is always a moment or two away from completely losing it, hinting that all the wealth in the world cannot protect the wealthy from themselves. Manderley is isolated, but rotting from within; whether Rebecca was the symptom or the cause is the real mystery of du Maurier’s story.

See? I told you there was more to it.