Jack Black is solid as the real-life hustler reaching for the American Dream, but the film dances around the disturbing truth 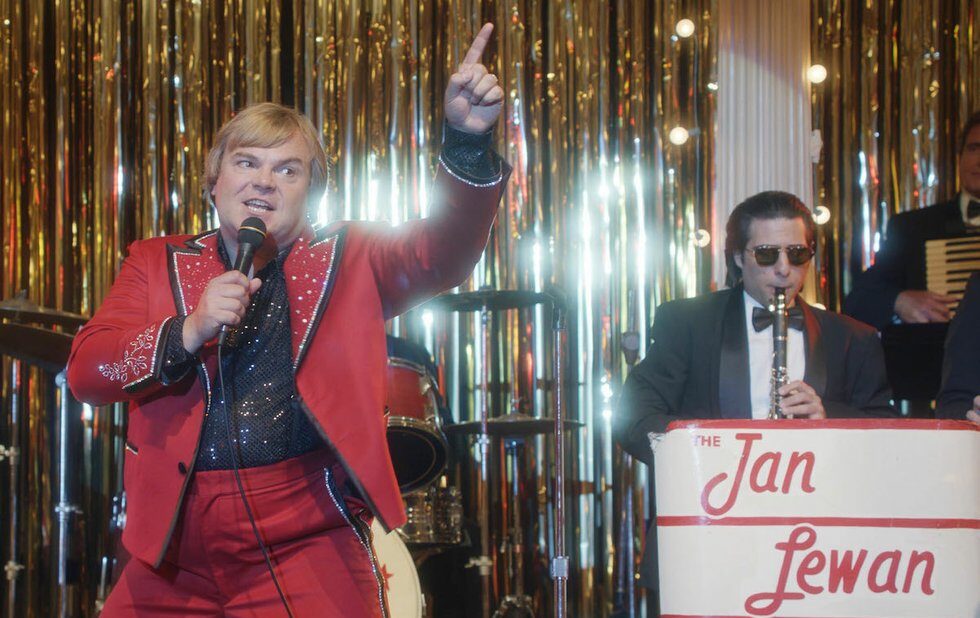 Jack Black in The Polka King

In the mid-90s, Jan Lewan (shortened from Lewandowski) was a Grammy-nominated polka singer who hopped around in sparkly suits while rousing crowds of seniors with Polish folk tunes. A thick-accented immigrant to America, he also ran a souvenir shop selling trinkets and amber from Poland, ran a record label and a travel agency organizing European tours that promised meet-and-greets with the Pope.

The only thing that kept these businesses afloat was the millions pouring in from seniors convinced that Lewan’s “Polka Empire” was a sound investment. He promised – and often delivered – 12 to 20 per cent interest. His investors, who also seemed to dig polka music, wouldn’t catch on that this was just one big and truly bizarre Ponzi scheme.

An opening title card in The Polka King insists: “This really happened. In Pennsylvania.”

Writer/directors Maya Forbes and Wallace Wolodarsky, adapting Lewan’s story from the 2009 documentary The Man Who Would Be King, lean into that absurdity with their film’s comic rhythms, surreal recreations and of course its star, Jack Black.

The comedian who time and time again has proven he can carry a tune (School Of Rock, Tenacious D) sweats buckets and oozes charm, playing Lewan as an ambitious hustler whose reach for the American Dream gets him in over his head. He comes off like an eager car salesman you know you shouldn’t trust. But he also seems so dim-witted that you can’t believe he would try to put something over you.

That’s the vibe The Polka King rides, with a clipped and modestly entertaining 90-minute run time that relishes in Lewan’s theatrics (and those of supporting characters played by Jenny Slate and Jacki Weaver) but rarely pauses to interrogate what’s behind his facade. Forbes and Wolodarsky don’t let Lewan off the hook but they also seem to give the real-life character’s testimonial the benefit of the doubt, especially when he pleads ignorance.

Playing dumb when it comes to the legality of unregistered promissory notes or the ramifications of his Ponzi scheme is how Lewan defended his character to the government, his wife and the audience.

The documentary includes details that suggest Lewan knew better. But The Polka King doesn’t have the time to dwell on his manipulations nor the damage endured by Lewan’s victims. Their financial ruin is summarized by a comical “I told you so” moment that elicits very little sympathy.

Taking stock of their suffering would be such a downer, and this movie clearly prefers more time with Jack Black dishing out polka tunes.