Netflix reassembles the squabbling super-siblings of The Umbrella Academy for a second season ... but it's all just noise. 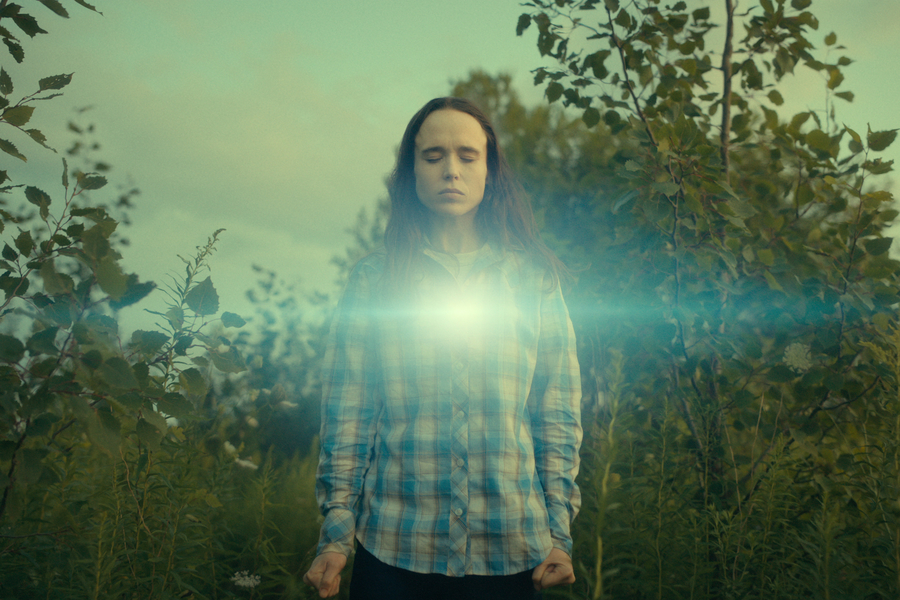 Vanya (Ellen Page) embraces her truth in the second season of The Umbrella Academy.

Netflix has taken the step of embargoing most of the key plot points of the second season of The Umbrella Academy, so I can’t actually discuss why the returning series once again takes a really interesting idea and does almost nothing with it.

Because that idea, which forms the core of the show – superpowered adult siblings trying come to terms with having been raised by a cruel, manipulative father who pitted them against the world and each other – is filled with potential. It’s rich in emotion, in narrative possibility, and the opportunities for comic-book weirdness are endless, given the range and scope of the various characters’ powers.

And when the season ends, well, The Umbrella Academy has barely explored any of that. A lot of stuff happens, but none of it really matters. It’s just noise.

After Season 1’s cliffhanger finale, which saw its heroes jumping back in time to stop the apocalypse they themselves had caused, the second season sets itself up in November 1963, where the superpowered Hargreeves siblings have been forced to build new lives for themselves after being time-scattered across Dallas in the early 60s.

Stricken with amnesia, Vanya (Ellen Page) is working as a farmhand; Alison (Emmy Raver-Lampman) is married to a civil-rights activist (Yusuf Gatewood); Luther (Tom Hopper) works as a cage fighter for a shady nightclub owner; Klaus (Robert Sheehan) has formed a cult – of course – and Diego (David Castañeda) is in a psychiatric institution for running around trying to tell people John F. Kennedy is going to be assassinated in a matter of days.

And then time-traveling Five (Aidan Gallagher) arrives with news of an apocalypse that has to be stopped – just like he did in the first episode of the first season – and the show gets to make all of the same mistakes it made the first time around.

The embargo prevents me from describing those mistakes in any detail, so I’ll just observe that showrunner Steve Blackman and his writing room – which this season includes Killjoys creator Michelle Lovretta – seem almost hell-bent on rehashing old ideas and characters to replay conflicts and arcs that were already dealt with the first time around. And as before, the appealing cast kept me watching episode after episode, hoping the scripts would find a way to extract the potential in their performances.

Page and Castañeda get to do a lot more as Vanya and Diego this season, which is nice, and Feel Good’s Ritu Arya has a lot of fun as an enigmatic young Englishwoman who gets to be Diego’s combination love interest and antagonist. I continue to enjoy watching Sheehan’s sozzled, whiny haplessness as the flailing Klaus, who remains haunted by the spectre of fallen Hargreeves sibling Ben (Justin H. Min), and Raver-Lampman and Hopper have a fun time negotiating the moony attraction between Alison and Luther.

But every time The Umbrella Academy seems ready to take flight, it gets nervous and falls back to the stuff that worked before – musical numbers, eccentric villains, meaningless ticking clocks and time-travel complications. (Remember the mascot-headed assassins from the first season? There’s an even more eccentric murder squad this year!)

Yes, it’s all very splashy and expensive, and the music rights probably cost a fortune. But as before, it’s all for nothing.

I have watched 20 episodes of this show, and believe me when I tell you I really wish I liked it. But it just won’t let me.