Amy Poehler’s directorial debut, about six pals reuniting for a weekend in the Napa Valley, just sits there 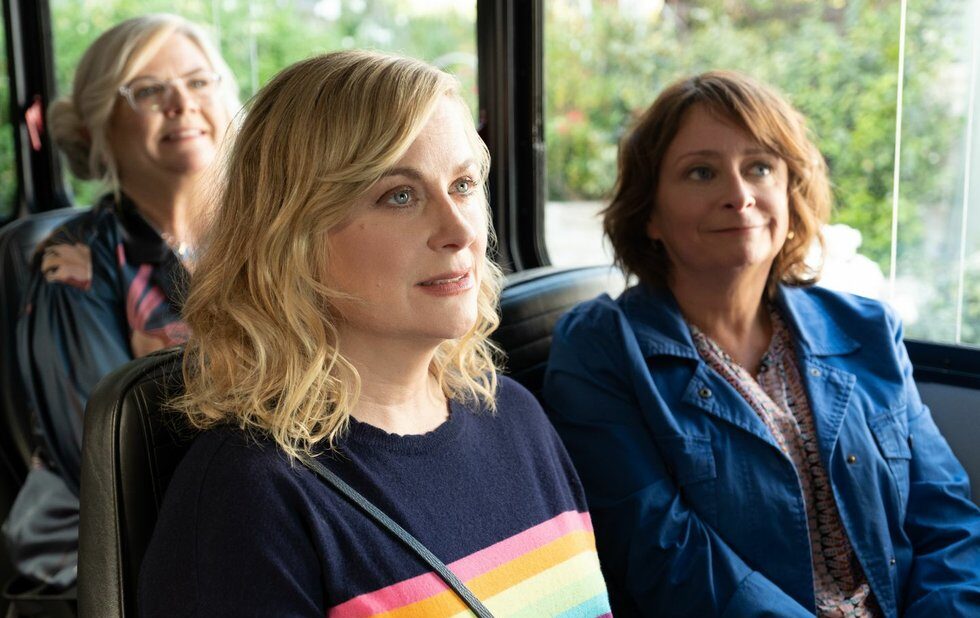 Wine Country is what happens when very talented people just decide to wing it.

A comedy about six pals who get together for a weekend in the Napa Valley to celebrate a 50th birthday, it stars actual pals Amy Poehler, Rachel Dratch, Maya Rudolph, Ana Gasteyer, Paula Pell and Emily Spivey, who all worked together on Saturday Night Live a while back and are clearly delighted to be reunited here.

Their characters bonded at a Chicago pizza parlour in their college years, and there’s a shorthand to their actions – the unspoken but unanimous dislike of one friend’s husband, the quick exasperation at another’s glum stories, the frustration at a third’s inability to put work aside for five goddamn minutes – that feels genuine and relatable. These are fun people, about to have fun. You want to have fun with them.

But for all the formidable talent in front of and behind the camera – Spivey co-wrote the script with Liz Cackowski from a story they developed with Poehler, who’s making her feature directorial debut here – Wine Country just sits there.

Scene after scene fails to ignite with any kind of comic or dramatic energy despite half a dozen potentially fertile premises. Conversations don’t go anywhere, comic details fail to pay off, gags that should land easily are undermined by poor camera placement or a mistimed cut. (Cherry Jones’s one-scene cameo as a grim tarot reader is basically an extended version of that Bohemian Rhapsody editing meme.)

What’s even more frustrating is that the film keeps adding fun, interesting actors – Tina Fey has a small role as a deadpan property owner, Jason Schwartzman turns up as a boring tour guide, PEN15’s Maya Erskine is a younger artist who clicks with Pell’s lovestruck singleton – and refuses to give them anything interesting to do either.

Erskine’s character is just a set-up for a scene where Poehler’s Abby tells a horde of genderfluid, judgmental millennial scenesters that they’re all just vapid, overconfident children reprocessing another generation’s culture as their own, and because we know almost nothing about Abby as a person the speech feels like it comes out of nowhere. Maybe it’s a sop to older viewers feeling left behind by culture and turning to light mid-life comedies for solace… but Poehler’s never shown much interest in comforting that demographic as an artist, so why do it now?

“Why am I watching this, and why isn’t it funnier?” is a question that came up more than once during Wine Country. It looks and sounds like a movie, but it’s a void. It’s not a total washout – Rudolph has never met a line she couldn’t brighten, Dratch has a couple of great, weird scenes in the last act, and there are a few charming moments where Spivey and Pell clearly go off-script and just try to make each other laugh.

But the scenes that work – the ones with the warmth and humour you’d expect from these actors, in this project – just remind us how badly the rest of Wine Country fails. I’m sure Poehler will direct again, and I look forward to seeing what she does. I just hope she sells that next project to a studio that insists on test screenings.