Review: Never Saw It Coming is a modest thriller set in small-town Ontario

Once Gail Harvey finds a consistent tone for this adaptation of a Linwood Barclay novel, the movie flows along nicely 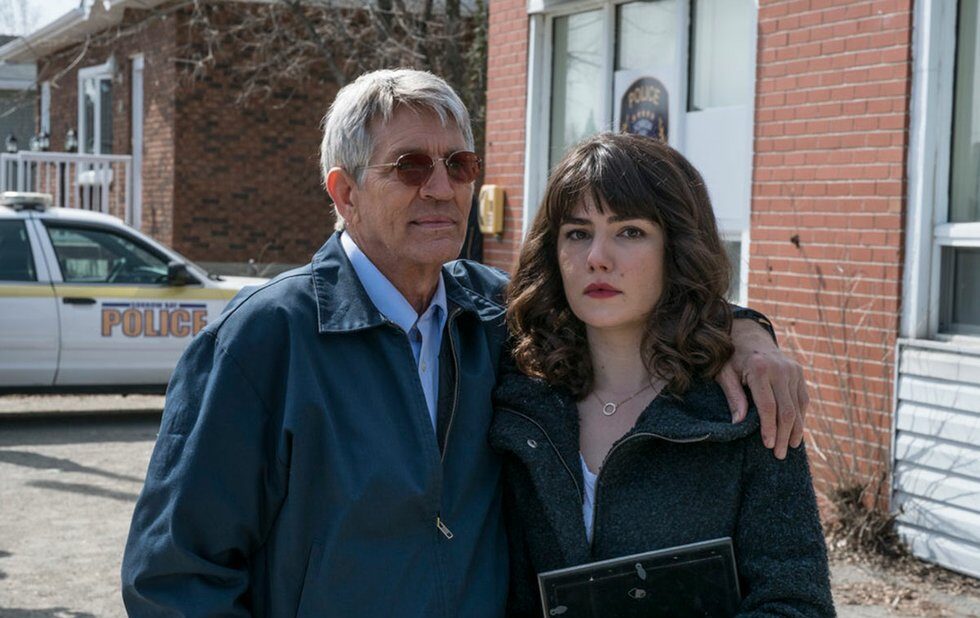 Adapted by Linwood Barclay from his own novel, it’s a Fargo-like swirl of misunderstandings, betrayals and reversals of fortune, with a streak of bitter humour underneath the mayhem. At least, that’s what it seems to be going on, between Hampshire’s increasingly frantic, frustrated performance and the sheer volume of crap that befalls her character over the course of one very long day.

Gail Harvey, whose feature work includes The Shower and Looking Is The Original Sin, struggles to find a consistent tone in the first half, but once she does the movie flows along nicely, with Keisha’s efforts to clean up her own mess complicated by her idiot boyfriend (Shaun Benson), a well-meaning cop (Tamara Podemski) and the universe in general.

Hampshire, who you may recognize from Schitt’s Creek or the Twelve Monkeys TV series or Sean Garrity’s My Awkward Sexual Adventure, is never more enjoyable than when she lets us see the wheels turning in a character’s head, and she has a lot of fun portraying Keisha’s paranoia and panic. Meanwhile, Podemski makes her police officer just friendly enough to make us – and Keisha – wonder if she’s trying to set some kind of trap.

Also, there’s a running gag about a garbage dumpster that pays off very nicely.