New Peter Rabbit is the hip, millennial answer to Beatrix Potters books and it works! 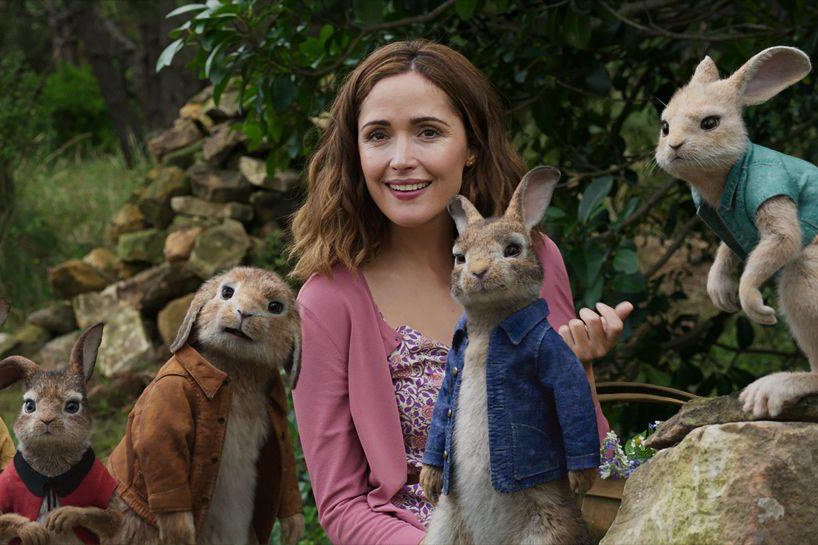 Peter Rabbit, voiced by James Corden in the live-action adaptation, is the hip millennial answer to the furry, mischievous character hopping around in Beatrix Potters books.

His blue coat is now a denim jacket. He uses expressions like crushed it. And a training sequence where he preps for garden warfare against the new Mr. McGregor (Domhnall Gleeson) is propped up with Peters own bespoke rap track.

With its finger on pop charts and classic characters resorting to the requisite lingo, the movie eagerly and irreverently brings Potters material up to ADHD speed, much like the Alvin and the Chipmunks and Smurfs adaptations before it. But this time, it works.

Director Will Gluck (who turned The Scarlet Letter into the delightful post-Mean Girls high school comedy Easy A) balances the ramped-up pacing, postmodern winks and slapstick comedy youd expect in current kids movies with the charm, affection and warmth that made Potters books so cozy.

The author herself is represented in Rose Byrnes Bea, a painter who cares for Peter and his rabbit siblings when theyre not rampaging through old Mr. McGregors garden. Briefly played by Sam Neill, elder McGregor bites the dust early on in the movies first bid to The Last Jedi ethos: Let the past die.

That makes way for his London-bred heir, Gleesons Thomas McGregor, to step in. Thomas cringes at country life as he prepares the estate and garden for a quick sale, immediately upping the ante on the war against pests by resorting to electric fences and dynamite. The escalated action verges on Jerry Bruckheimer territory, but it actually makes room for physical comedy and sight gags that are genuinely funny.

Gleeson does pratfalls well, whether his body is bounding across the house from electric shock or hes deeply engaged in a game of three-card Monte played with rabbits hiding in pots.

Hes an antagonist we dont mind seeing get his ass kicked, Home Alone style. But he remains likeable enough to make a romance with Bea palatable while working toward an empathic bond with Peter.

The sentimental finale actually feels earned because the movie never sacrifices character during all the physical humour.