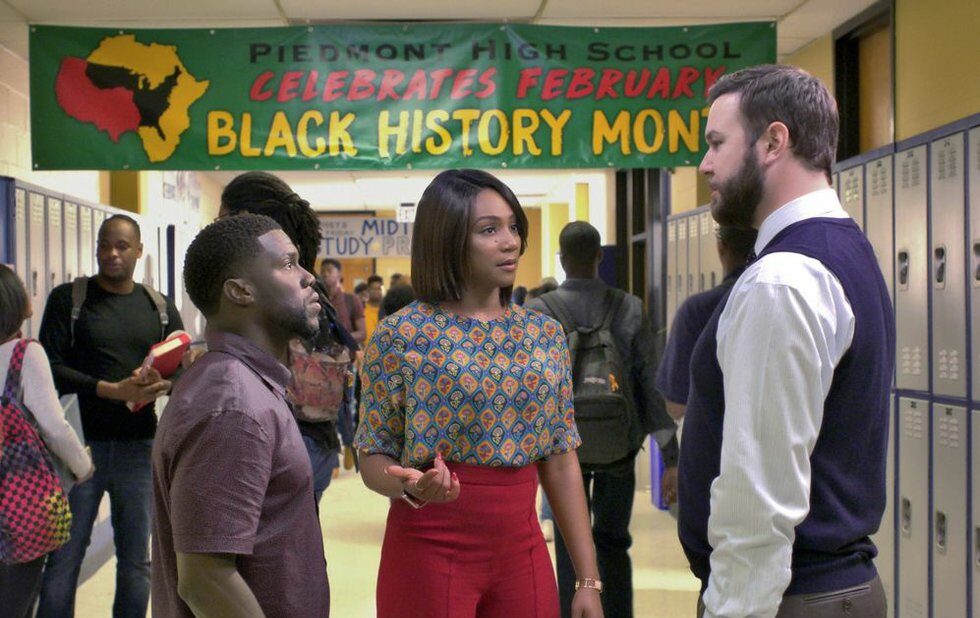 The actual schooling in Night School doesn’t take place in the classroom.

Tiffany Haddish’s overworked, underpaid and relentlessly idealistic teacher Carrie identifies learning disabilities in Kevin Hart’s smart-mouthed dropout Teddy. To combat this and make the curriculum more accessible to Teddy, Carrie takes him to a gym where she can literally drop kick lessons into his head.

She hurls his miniature body in the air when he says “waffles” are Belgium’s capital or pulls off some acrobatic footwork around his neck when he can’t come up with water’s composition. This is a preposterous and thoroughly unfunny setup, cooked up by one or all of Night School’s six writers while reducing the movie’s very premise to a montage that totally gets away from it.

I came to see Haddish and Hart… in school. I would pay to see these two stars direct their trademark rants at vectors, Shakespeare or James Baldwin. Instead I got a slapstick montage that doesn’t just bench their talents, but replaces the actors with stunt doubles.

Why hire Haddish and then use a stunt double for the very scenes the movie is built around?

That lack of faith in the movie’s talent is the underlying problem in Night School. What laughs it has come from the tertiary banter, not just from Haddish and Hart but also peripheral players like Romany Malco as a paranoid oddball whose rambles are glorious because of how little sense they make, and Mary Lynn Rajskub who can be both tragic and hilarious as an unappreciated and undersexed housewife.

Instead of leaning into the very funny people populating it, the movie gets distracted with a laborious setup… and then a heist… and a prom… all just so it can keep skipping class.