Olivier Assayas’s latest isn’t as metaphysical as his recent films, but it features great performances and delves into tricky issues of morality and responsibility 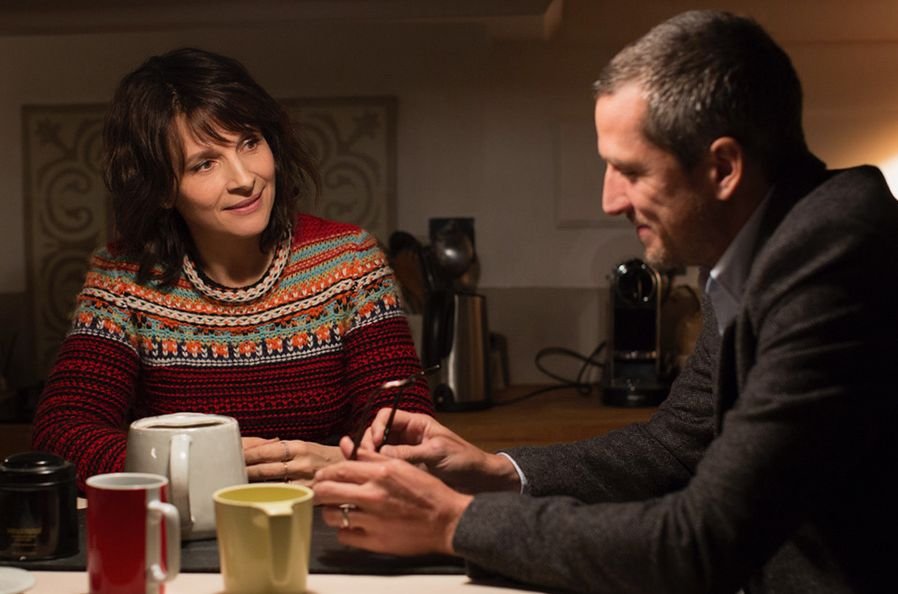 After the metaphysical trappings of Clouds Of Sils Maria and Personal Shopper, Non-Fiction is a much more conventional project for writer/director Olivier Assayas.

This isn’t a bad thing – Assayas is as skilled at capturing everyday reality as he is at contemplating the stranger turns our lives might take – but it does feel a little surprising, given the ambition and conceptual reach of those last two features. Maybe he just wanted to gather some friends and make a movie for the pleasure of it. Non-Fiction certainly provides that.

A dialogue-driven social commentary, the film takes the form of a breezy study of two middle-aged friends: Alain (Guillaume Canet), a publisher trying to steer his business through the digital revolution, and Léonard (Vincent Macaigne), an author who can only write about himself – and does so often enough that he’s become something of a celebrity for it.

But times have changed, publishing isn’t what it used to be and Alain doesn’t care much for Léonard’s latest manuscript. He feels it’s pretty thin stuff, the vanities of an aging social climber. Alain passes on the book Léonard, who assumed Alain would take anything he turned in, is shocked. And a schism forms between the two friends that threatens to destabilize everything in their lives – because Léonard is also sleeping with Alain’s wife, Selena (Juliette Binoche), an affair he’s recounted in (pseudonymous) detail in the new book.

Does Alain know about the affair? Is that why he’s passing on Léonard’s book? Léonard, who literally makes everything about himself, is convinced of it. On the other hand, Alain’s stated reason – that Léonard is no longer challenging himself as an author, and simply regurgitating the banalities of his bourgeois literary life for a quick buck – doesn’t seem entirely far-fetched, especially once we hear snippets of the new book and start to suspect his beloved “auto-fiction” is more of an excuse than a device.

And anyhow, Alain has other problems on his mind, like the slow shift to e-books, which he neither fully understands nor cares for. These kids today and their phones perplex and irritate him. He does, however, have plenty of time for Laure (Christa Théret, of Renoir and Marguerite), his digital transition manager, especially once they start sleeping together. Everyone has his reasons, as someone once said.

Non-Fiction is a picturesque, chatty work that’ll elicit comparisons to vintage Eric Rohmer (or, um, Woody Allen) for its literary ambition and casual cynicism. And the characters’ shared belief in the printed word in the face of millennials convinced that e-books are the only way forward gives Assayas an excuse to craft plenty of philosophical arguments – and to then complicate that clarity with trickier issues of personal morality and social responsibility.

Canet and Macaigne are eminently watchable, but Binoche quietly steals every scene as Selena, a TV star growing tired of the police procedural that’s made her a household name. She spends a lot of time at dinner parties explaining that her character on the show is a crisis management expert, not a cop, and Binoche has a great deal of fun with the tiny variations Selena throws into that explanation out of boredom. There’s also a great running gag about Michael Haneke’s The White Ribbon – and really, that’s plenty.

Non-Fiction may not delve into the erasure of identity in the digital age like in Personal Shopper or the alienation that comes with celebrity like in Clouds Of Sils Maria – though, as it happens, it does wind up touching on both of those themes. It’s more akin to Assayas’s 2008 masterwork Summer Hours or 1998’s Late August, Early September in its simple tracking of a few relationships, their points of intersection and the larger world around them.

Maybe he just needs to do one of these every decade or so to take stock of the world and see what’s changed. I’m here for it.