NOW MagazineMovies & TVReviewsNorman: The Moderate Rise And Tragic Fall Of A New York Fixer could use some fixing

Norman: The Moderate Rise And Tragic Fall Of A New York Fixer could use some fixing

Richard Gere is fine as a braggart with an emptiness in him, but the film feels precious and irritating 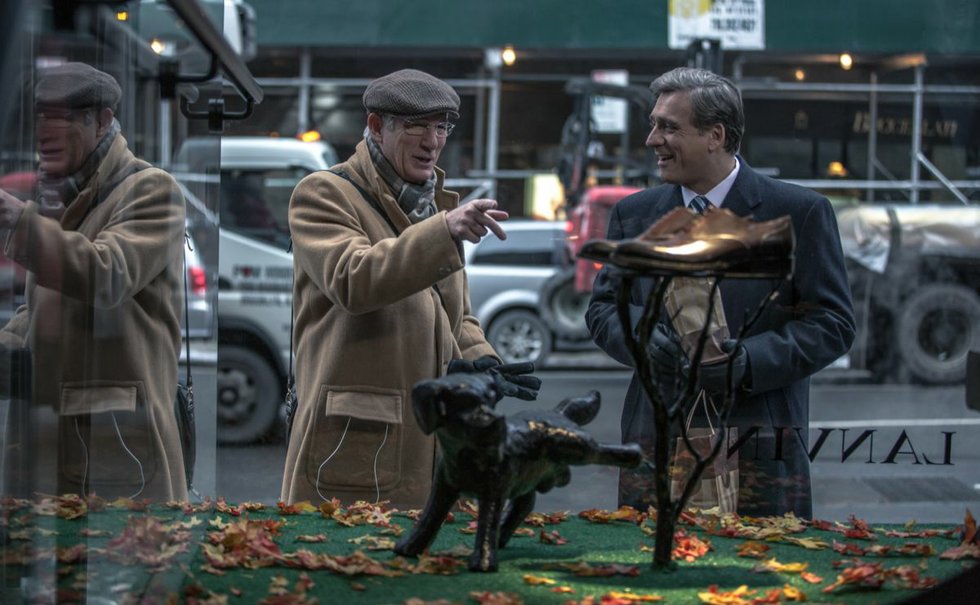 Like its eponymous protagonist, Joseph Cedar’s Norman: The Moderate Rise And Tragic Fall Of A New York Fixer might have really been something if it could only have gotten out of its own way.

As the laboured title promises, the Israeli writer/director’s film is the tale of an aging hustler (Richard Gere), the kind of guy who spends all his time telling you about his connections to New York’s most powerful and pre-eminent. He’s at every event, wrangling invitations to dinners and parties, always happy to introduce someone to someone else.

The Yiddish term for this kind of person is “macher,” usually deployed in a derogatory sense to describe a schnook with delusions of grandeur. The term is appropriate here, because Norman the movie is set in the hermetic universe of New York’s Jewish community, and Norman the character has spent his entire adult life trying to forge alliances with people who know better than to talk to him.

Then Norman befriends an Israeli deputy minister (Lior Ashkenazi) in town for a conference, and three years later winds up with a line to real power. Just when he should be able to enjoy the fruits of his labour, his compulsive need to boast about his amazing turn of fortune could destroy everything both men have worked for.

Gere is very good, offering glimpses of the emptiness behind Norman’s smile rather than going bigger with the craven mugging the part seems to invite. (Imagine Dustin Hoffman or Al Pacino in the role.) Ashkenazi, who starred in Cedar’s Footnote, is pretty good, too. And Cedar surrounds them with a fine cast that includes Michael Sheen, Steve Buscemi, Harris Yulin, Charlotte Gainsbourg and Dan Stevens.

But if you’ve seen Footnote – a clever idea that grew increasingly precious and irritating as it went along – you might have an understanding of how Norman comes up short. Cedar is his own worst enemy as a filmmaker, slathering everything with self-conscious style: visual gimmicks, an ironically jaunty musical score and a complex plot that’s too clever by half.

The film’s title lays out its narrative trajectory – this ain’t gonna end well – but Cedar’s self-conscious quirkery undermines the genuine pathos he’s chasing. Sometimes the best way to tell a story is to tell it straight. No, this doesn’t apply to every story or movie, but I’m pretty sure this one would have benefited from a firmer hand.

It still plays, thanks largely to the cast, but it could have been so much better.