NOW MagazineMovies & TVReviewsReview: Nose To Tail is a compelling look at toxic masculinity

Review: Nose To Tail is a compelling look at toxic masculinity 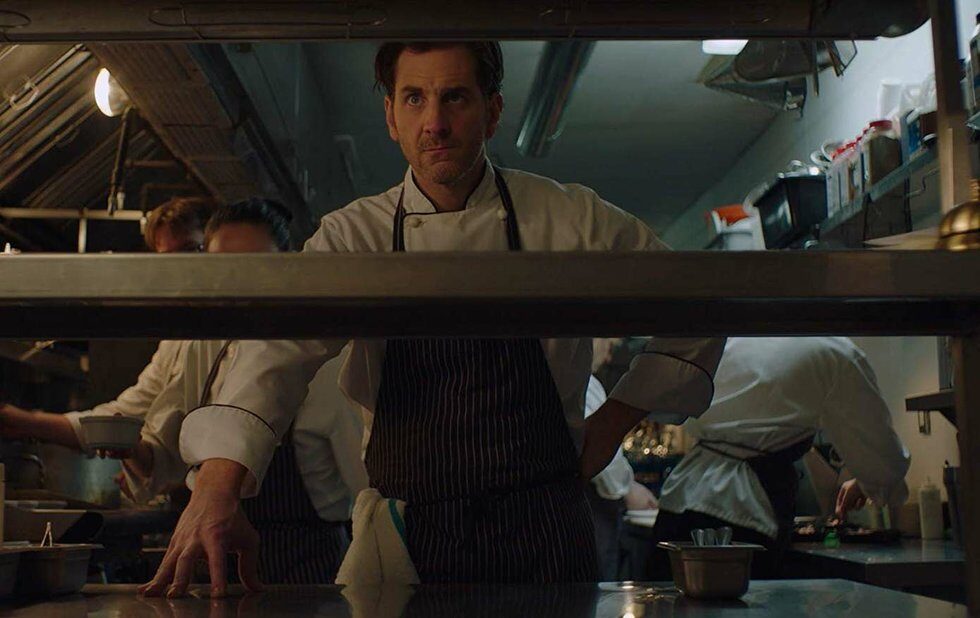 I saw Nose To Tail more than a year ago, when it was on its way to the 2019 Canadian Film Fest, and I worried that its specific portrait of toxic masculinity might seem dated by the time its theatrical release rolled around.

I am, of course, an idiot. Toxic masculinity never goes out of style, and Nose To Tail still offers a compelling perspective on the issue.

Set over a single day, and mostly confining itself to one location, the film stars Aaron Abrams as Daniel, a chef and restaurateur frantically assembling an elaborate meal in order to woo an investor and save his struggling College Street bistro.

Abrams – an enthusiastically chaotic actor you may have enjoyed in the NBC shows Hannibal or Blindspot – is a great choice for the role. He doesn’t look like a bad person, and he has a snappy comic timing that serves him well here, giving each insult and dismissal the crack of a whip while still leaving himself room to say he was only kidding.

It’s sort of like Big Night, if Big Night was about a self-destructive jackass convinced of his own nobility. Daniel will make any promise, agree to any deal and screw anyone over if it gets him even one step closer to the success he believes he deserves.

But as Nose To Tail plays out its narrative, it’s increasingly clear that Daniel doesn’t deserve anything he might be amazing in the kitchen, but he’s also an entitled jerk who uses the quest for perfection to act like an absolute dick. His behaviour is abusive but not violent, and dependent on everyone else accepting the premise that chefs must be allowed to operate without limits. They’re artists, aren’t they? Are the results worth it?

They are not, as most non-asshole chefs and restaurateurs will tell you, and that’s the underlying point of the movie. The question isn’t whether Daniel is an asshole, but whether he’ll realize it in time to pull out of his self-orchestrated spin.

Jesse Zigelstein’s frenzied first feature joins Daniel’s meltdown already in progress the question isn’t whether he’s going to pull this dinner off, but how many relationships he’ll destroy in the process.

And Abrams – who previously deployed his exquisite slow burn in comedies like Young People Fucking and The Go-Getters – finds the darker implications of that anger, nurturing his frustration into a constantly simmering rage. And he’s not in this alone: Abrams’s scenes opposite Hannibal’s Lara Jean Chorostecki (as Daniel’s long-suffering maître d’) and Blindspot’s Ennis Esmer (as an old friend who’s well-used to the guy’s bullshit) are particularly well nuanced.

Content warning: at one point, Daniel butchers a hog carcass. It’s absolutely necessary to the story, but it might prove a little too graphic for casual viewers. Just so you know.