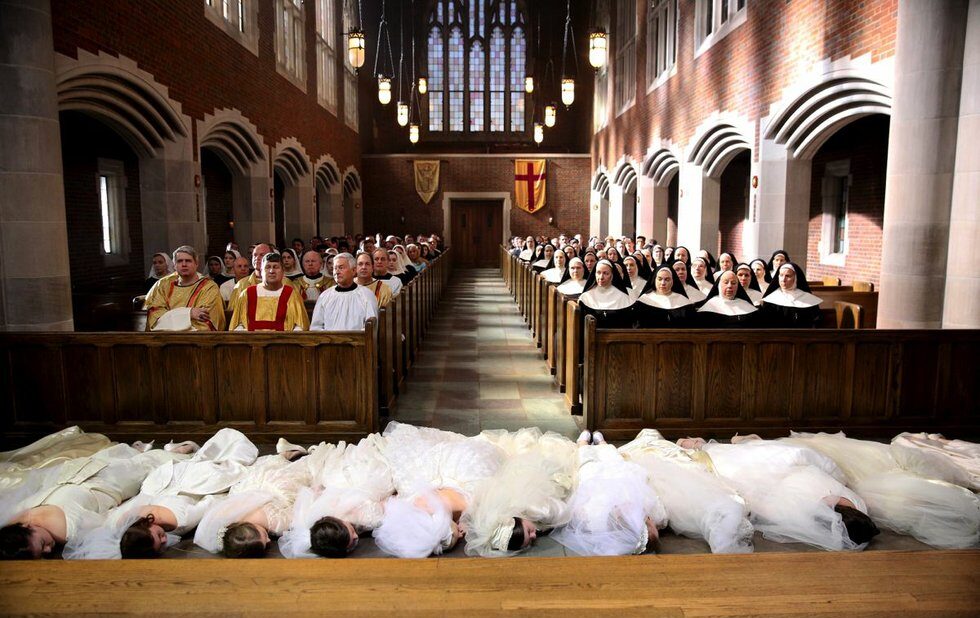 The film’s promise lies in its exploration of young novitiates’ repressed sexuality, which plays out in their relationship with Jesus – which differs only slightly from a teen’s first crush – and in the girls’ inevitable lesbian attractions.

Too bad Betts doesn’t have a tight grip on the pic’s tone.

Melissa Leo is over-the-top, often ludicrous, as the braying Reverend Mother who terrorizes her charges while resisting the reforms of Vatican II. A more seasoned director would have reined her in.

At one point, and out of nowhere, a bizarre sequence features an elder nun behaving very inappropriately – shades of British filmmaker Ken Russell. Why just this one surreal moment? Novitiate could have used more of this bold material. For starters, it would give some context to Leo’s laughable portrayal.

Though beautifully shot, Novitiate focuses on the sisters’ daily routines and plays out like a slow procedural. Thank the lord for Julianne Nicholson as Cathleen’s distraught mother, whose few scenes energize the movie.

Politically, the film is downright weird. In an attempt to give the Reverend Mother some sympathy – why bother when she’s so ridiculous? – the script suggests that Vatican II, by transforming the status of nuns, was a patriarchal ploy. In reality, the papal edicts freed nuns to do important political work outside their convent prison.

Nevertheless, when Betts develops the discipline to match her talent, she’ll be a very intriguing filmmaker.