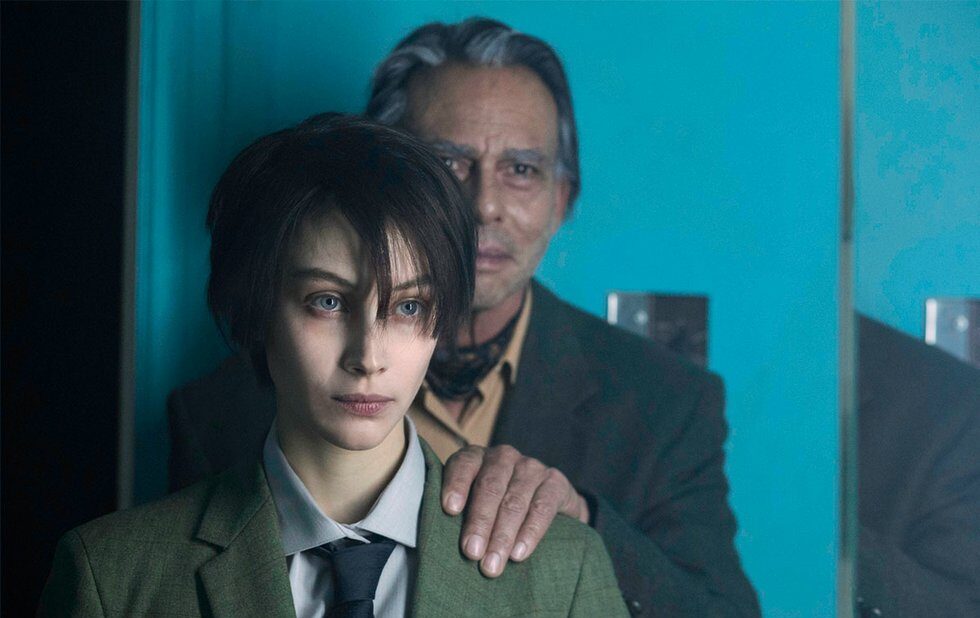 Sook-Yin Lee’s second feature, Octavio Is Dead!, has the feel of a collection of short stories, written in the same voice and featuring the same character.

That character is Tyler (Sarah Gadon), a withdrawn young woman who works at a bookstore, which is the only thing we know about her when the movie opens. It is also an immediately invalidated data point, since she’s laid off in the very first scene.

The film follows Tyler through a series of very different experiences, all of which are happening at the same time.

We see her dealing with the death of the father she’s never known by moving into his filthy Hamilton condo and trying to make some sense of the damage – both emotional and literal – he left behind. Elsewhere, an impulsive decision leads Tyler to explore gender fluidity, sort of. And in yet another thread, Tyler has conversations with a sad ghost, played with an inner fire by Raoul Trujillo.

Initially, the film swerves through its ideas like a car on an icy road, with a narrative unpredictability that seems at odds with its measured, thoughtful pace. It’s as if we’re jumping around inside that book of short stories, trying to make sense of their progression.

The effect is also amplified by the supporting performances, which are pitched anywhere from Rosanna Arquette’s manic energy as Tyler’s grasping, self-centred mother to Dimitris Kitsos’s furtive, low-key turn as a young man who knew Tyler’s father.

It’s disorienting, and I don’t know that it works as well as it wants to, but it’s not unpleasant. Lee slowly pulls the threads together, finding a clarity of tone that eluded her first feature, the static Year Of The Carnivore.

And she’s got an invaluable ally in Gadon, whose heartfelt, searching performance grounds the film’s biggest narrative leaps in Tyler’s need for connection.