NOW MagazineMovies & TVReviewsReview: On Chesil Beach will tear you up

Review: On Chesil Beach will tear you up 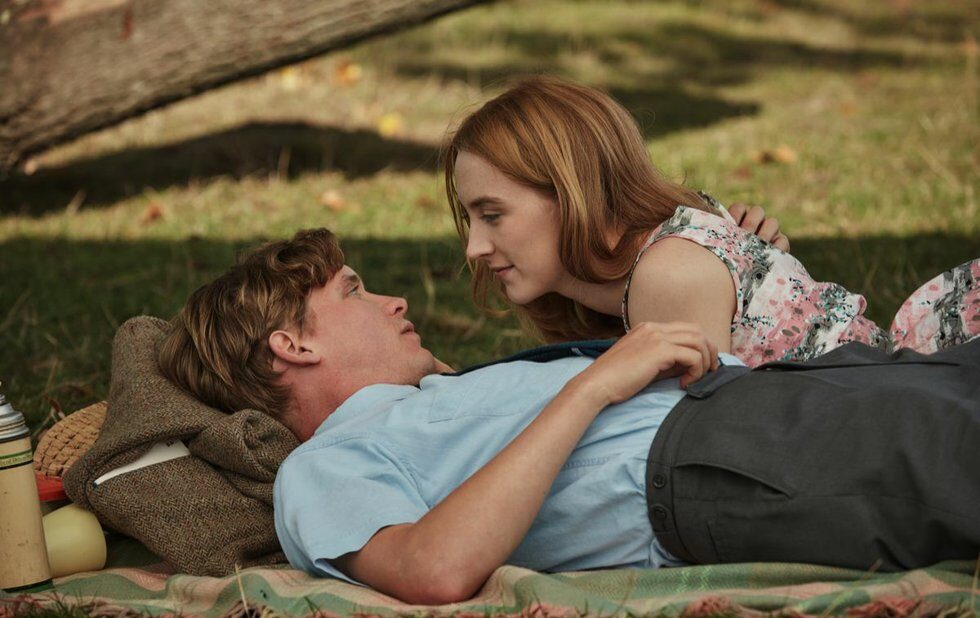 On their awkward, fumbling wedding night in a seaside hotel room in 1962, a young British couple have a disagreement that has lasting implications.

The virgin newlyweds are Edward (Billy Howle) and Florence (Saoirse Ronan), and via flashbacks throughout their eventful night – partly comic, partly tragic – we learn about their backgrounds and what that might mean for their possible future together.

She’s from the upper classes, a left-leaning aspiring classical musician fresh out of Oxford, while he, from a more modest rural background, just graduated from a London school with a degree in history.

A key to their attraction – and the two have an undeniable chemistry – lies in their differences, and their parents.

Her father (Samuel West) is an industrialist with anger issues, while her mom (Emily Watson) is a cold, distant philosophy professor who’s friends with novelist Iris Murdoch.

His father (Adrian Scarborough) is a kindly (perhaps too kindly?) village teacher and looks after Edward’s mom (Anne-Marie Duff), an art enthusiast who’s suffering from a brain injury.

Making his film debut, veteran theatre director Dominic Cooke captures most of the humour and poignancy of Ian McEwan’s short novel, which the author himself adapted. But without the book’s omniscient, witty narrator, some of the copious flashbacks can feel a little clunky.

It’s up to the two actors to sell the picture, and they succeed brilliantly, creating a burgeoning relationship that feels so authentic that you root for them on their awkward wedding night.

Ronan, who broke through with her Oscar-nominated performance in yet another McEwan book (Atonement), exudes intelligence and compassion, and she’s believable as the confident leader of a string quartet. (The use of music throughout, from early rock to chamber music, is impeccable.)

Howle, more restrained than he was in The Seagull (also opposite Ronan), has a rough-edged charm and defensiveness that’s soothed when he’s around Florence.

There’s sure to be discussion about the film’s extended coda, which is more direct and sentimental than the one in the book.

My feeling is that books and film are different mediums, and what might seem subtle and tasteful on the page could get lost on the screen.

What Cooke and McEwan have, er, cooked up here doesn’t completely work, but it will definitely have you reaching for the kleenex.