Review: On The Basis Of Sex turns Ruth Bader Ginsburgs inspiring story into a generic biopic 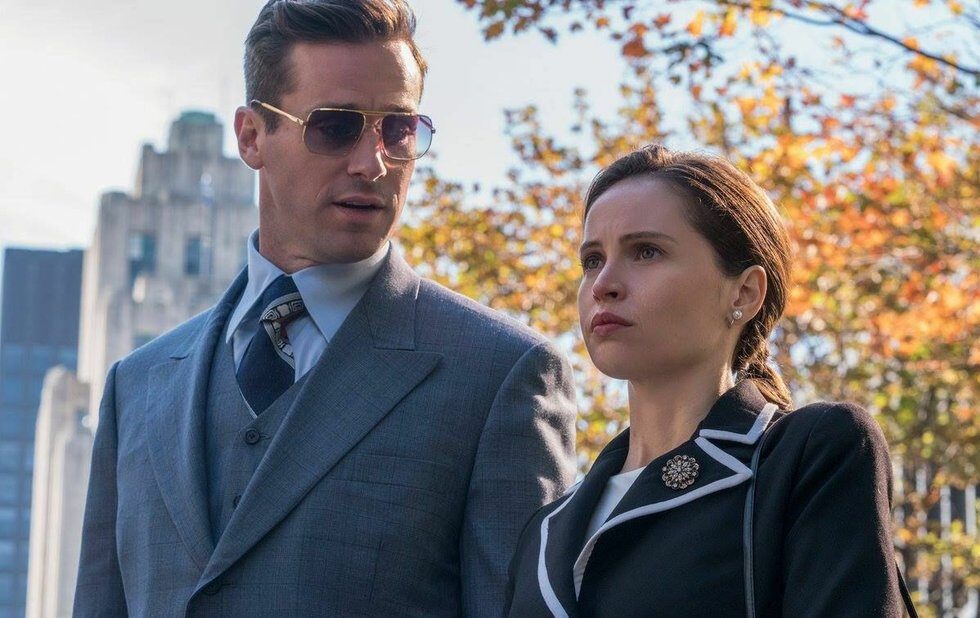 Its really annoying to sit through On The Basis Of Sex and watch Ruth Bader Ginsburgs story be slowly boiled down into a glossy, by-the-numbers biopic about a plucky hero who triumphs against impossible odds.

Even if thats what happened (and it is), was it necessary to have Ginsburgs singular career, and her decades of advocacy for equality under the law, boiled down into a generic Hollywood package? We just saw her lifes work celebrated in the documentary RBG we can take a little complexity. Director Mimi Leder seems afraid of it.

As distracting as it is to watch Felicity Jones struggle to capture Ginsburgs accent in scene after scene, its worse to realize first-time screenwriter Daniel Stiepleman has written more vivid roles for the protagonists male allies. (Armie Hammer, as her husband Martin, and Justin Theroux, as her snarky pal Mel Wulf, get all the laughs.)

Focusing on the Ginsburgs work with the ACLU on a 1972 tax case that opened up a gender-discrimination challenge, On The Basis Of Sex shapes itself into a courtroom drama. Ruth must muster her courage to argue discrimination against her former Harvard professor (Stephen Root) and dean (Sam Waterston), the embodiment of status-quo gatekeepers.

Its reductive and simplistic, and honestly the idea that anyone going to see a movie about Ruth Bader Ginsburg would want something this timid is pretty insulting.

Oscar loves a mediocre biopic, so Jones and Hammer could pick up actress and supporting actor nominations, and the movie has an outside shot at best picture. But given the cultural importance of the real RBG, the documentary has far better odds of actually winning something.