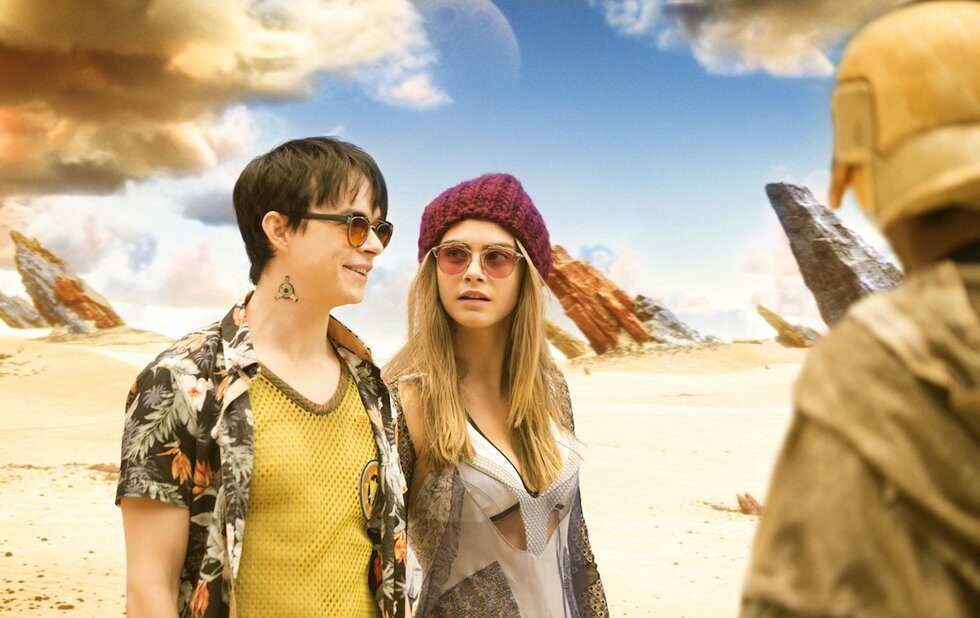 Valerian And The City Of A Thousand Planets is a space junk toy box of a movie that looks awesome and imaginative. That it feels shiny and new is an impressive feat for an independently financed interplanetary fantasy following in the long shadow of Star Wars.

But the film is soured by its leads: Dane DeHaan (aka emo Leonardo DiCaprio) and fashion powerhouse Cara Delevingne, who star as the young, pretty and pretty annoying couple Valerian and Laureline.

I admire both actors. They’ve done better (DeHaan in Chronicle, Delevingne in Michael Winterbottom’s The Face Of An Angel) and I suspect they will impress again down the road. But they are sorely miscast as romantically entangled intergalactic space agents protecting a shady general (Clive Owen) and uncovering a tragic history involving war-ravaged refugees that look like the Na’vi from Avatar.

Not only do DeHaan and Delevingne have an awkward rapport, but they have the unfortunate task of trying to make writer/director Luc Besson’s dialogue seem snappy. Some lines sound like the French filmmaker derived his screenplay from action movie trailer snippets.

Dialogue has never been Besson’s strong suit, and so Valerian is at its best when it’s wordless. The Fifth Element director’s calling is finding the fun between the operatic and the trashy, with visuals that are both busy and elegant.

Standout moments – an opening montage of the International Space Station slowly transforming into a futuristic United Nations and a foot pursuit in which Valerian’s arm becomes trapped in an alternate dimension – suggest a better movie rattling around in Besson’s head.