NOW MagazineMovies & TVReviewsReview: Ordinary Days is an effective thriller told from three perspectives, each directed by a different filmmaker

Review: Ordinary Days is an effective thriller told from three perspectives, each directed by a different filmmaker

Jordan Canning, Kris Booth and Renuka Jeyapalan’s film about a missing person is much more than a stunt 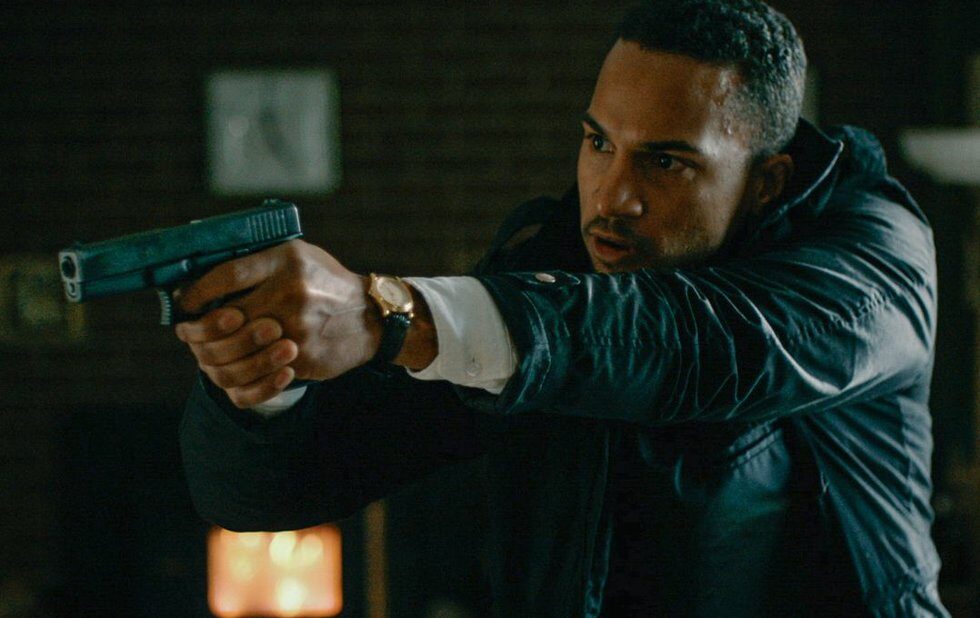 Canadian cinema has produced plenty of anthology films and multi-director projects over the years: Montreal Vu Par… and Cosmos in Quebec, and Toronto Stories here at home.

The brooding drama Ordinary Days deviates from its predecessors both structurally and tonally, telling a single story in three segments, each helmed by a different director. It’s a slow-burn thriller with an absence at its centre, and one that grows more intriguing the longer it goes on.

Ramona Barckert’s script lays out a very simple premise: on an entirely unremarkable morning, college student Cara Cook (Jacqueline Byers) arrives for her classes – and then vanishes. There’s no sign of violence, no hint that anything was wrong in her life. Someone might have caught a glimpse of her on campus. Someone else might have seen her at a gas station. There’s nothing definitive. She’s just gone.

The first segment, directed by Jordan Canning, focuses on Cara’s parents (Torri Higginson, Richard Clarkin) while they wait at home for any news. A police detective named Brightbill (Michael Xavier) drops by to ask them some questions, but mostly they’re alone with each other, trying not so successfully to stifle their panic.

In the second segment, directed by Kris Booth, we follow Brightbill as he investigates the case while dealing with a small-scale crisis of his own. It’s an interesting shift in perspective, acknowledging that every character is the lead in his or her own movie while still ramping up the tension on Cara’s disappearance.

And in the final segment, directed by Renuka Jeyapalan, we find out what really happened to Cara, bringing her to the forefront of the story and letting Byers show us who this missing person is – and what she’s made of.

It’s the most intense segment in the film, obviously, but not in the way you might think – and that’s where Ordinary Days really distinguishes itself.

If the movie’s first third is a chamber piece and its second a distracted police procedural, the final chapter is a precise and powerful thriller… though of course I can’t discuss why it works so well without spoiling the whole thing. I’ll just say that decades of interchangeable television procedurals have trained us to anticipate a certain trajectory for Cara’s story, and Barckert is very much aware of that. So she takes her script somewhere else entirely, seeding key information into the first two segments and making sure the pieces fit together when they need to.

The three directors approach their work as interlocking parts of a consistent whole, which is the right call there’s no stylistic variation to distract us from the central mystery, but the energy subtly changes every time the focus shifts.

Canning, who made the two-handers We Were Wolves and Suck It Up, is nicely suited to the domestic drama at Cara’s house Booth, who directed the shut-in comedy At Home By Myself… With You, ramps up the pace for Brightbill’s investigation and Jeyapalan – directing her first feature after a series of short films – throttles back for the final section with Cara, immediately answering our most pressing questions and building tension about what happens next. (The level of formal control in this segment is even more impressive given that Jeyapalan has never made a thriller before.)

If Ordinary Days was just a calling card for a trio of Canadian filmmakers looking to show their range, it’d be a decent accomplishment. But it’s not a stunt it’s an actual movie. It plays. You should check it out.