Win your Oscar pool with these reviews of films from all three Oscar shorts categories: animated, live action and documentary 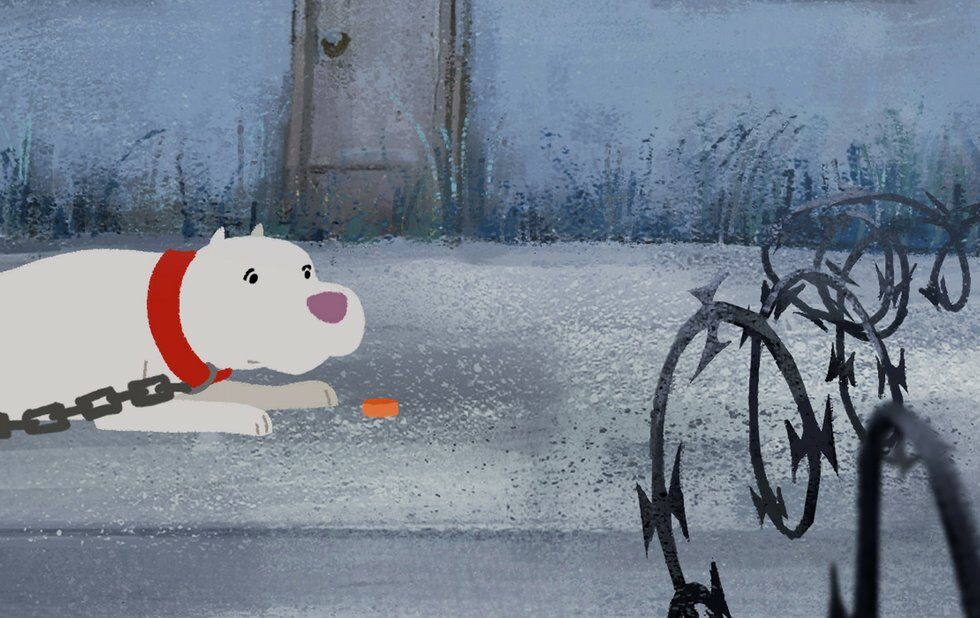 Feeling especially stressed about catching up on all the Oscar contenders? It’s not you, it’s the Academy: thanks to an earlier-than-usual date (Sunday, February 9) for the awards and shorter window between the nominations and the ceremony, the big night is practically screaming its way towards us.

The good news is, if you were planning to spend an entire day at the Lightbox catching up on six hours of short-subject nominees – animation, live-action and documentary – at least they’re mostly worth your time. Like, 14 out of 15. That’s pretty good.

The Czech stop-motion short puts a new spin on the format, director Kashcheeva framing its action within an agitated handheld aesthetic that makes its parent-child drama feel fraught and immediate.

A Black father tries to style his daughter’s hair in Cherry’s charming, observant short, which screened theatrically with The Angry Birds Movie 2 and easily outclassed the feature, telling a story of exquisite tenderness with minimal dialogue.

“Cat and dog forge unlikely bond” is a premise as old as the animals themselves, but Sullivan’s evocative, layered take on the story – featuring an abandoned kitten and a mistreated pit bull meeting in a filthy alley – is a tiny masterpiece of silent storytelling, its CG characters speaking volumes with a look or a flex of fur.

This French short uses artful stop-motion to illustrate the implacable deterioration of an aging painter (André Wilms). Dementia is a popular story point for short filmmakers – Louis Bagnall’s Late Afternoon was up for this prize last year – but Collet finds a compelling way to use his chosen medium.

A Chinese-American co-production, Song’s stop-motion mood piece – enacted with adorable fuzzy-felt characters – sets itself up as a gentle tale of a childhood in China before going somewhere much darker.

Should win: All five are deserving nominees, and though it feels like Hair Love or Sister have an edge due to their respective political subtexts… well, it wouldn’t be the worst thing if Kitbull’s expressive characters and redemptive message win the day.

Could win: Daughter or Mémorable, if voters respond to either film’s impressive technique.

Will probably win: Pixar projects almost always take this prize, so it’s likely to be Kitbull. And I’m fine with that. 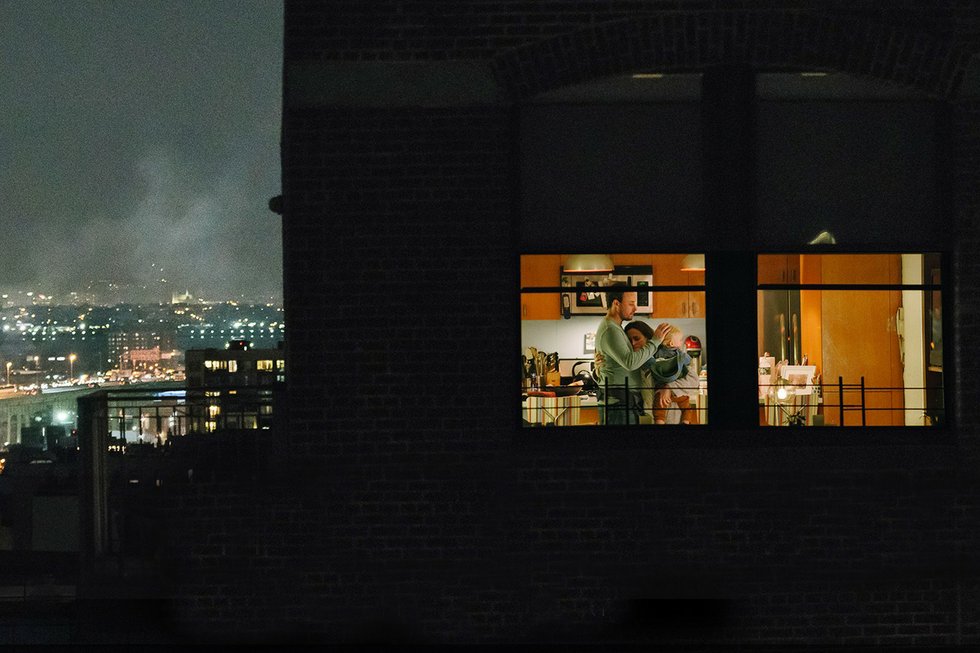 A Tunisia/Canada/Qatar co-production that won the best Canadian short film prize at TIFF in 2018, Joobeur’s deliberately ragged, mostly handheld drama is a sombre study of fundamentalism and prejudice, played out in a Tunisian family whose eldest son (Malek Mechergui) went to Syria to fight alongside ISIS now he’s returned, with a new bride (Jasmin Lazid), forcing his father (Mohamed Grayaa) to reckon with his own faith.

Another Tunisian co-production – this one in partnership with France – Piat’s short takes several tried-and-true story elements (geopolitics, the innocence of children, a donkey wearing headphones) and knits them into a crowd-pleasing tale of two brothers (Eltayef Dhaoui, Mohamed Ali Ayari) who find themselves in possession of a brick of heroin.

The dramatic debut of writer/director Curry, who’s scored three previous nominations for his documentary work – most recently for last year’s A Night At The Garden – is a finely tuned drama about new parents (Maria Dizzia, Greg Keller) who become fixated on the lives of a younger couple (Juliana Canfield, Bret Lada). It’s a gentle, elliptical piece with excellent performances from Dizzia (Orange Is The New Black) and Canfield (Succession).

Girard’s Belgian thriller, about an emergency operator (Veerle Baetens) trying to extricate a young woman (Selma Alaoui) from a dangerous situation, shares its DNA with two other recent Oscar-nominated shorts – Rodrigo Sorogoyen’s Madre and Xavier Legrand’s shattering Just Before Losing Everything – but Girard’s choices give Sister a life of its own.

Should win: The Neighbors’ Window, which starts out as a calling card but quickly reveals complex psychological depths and demonstrates a fine hand with its entire cast.

Could win: Brotherhood, which locks us into a specific place and culture, and finds universal resonance within its family’s dynamic.

Will probably win: Saria, because that’s what it’s been designed to do. And since the Academy went for Guy Nattiv’s ludicrous revenge story Skin last year, well…. 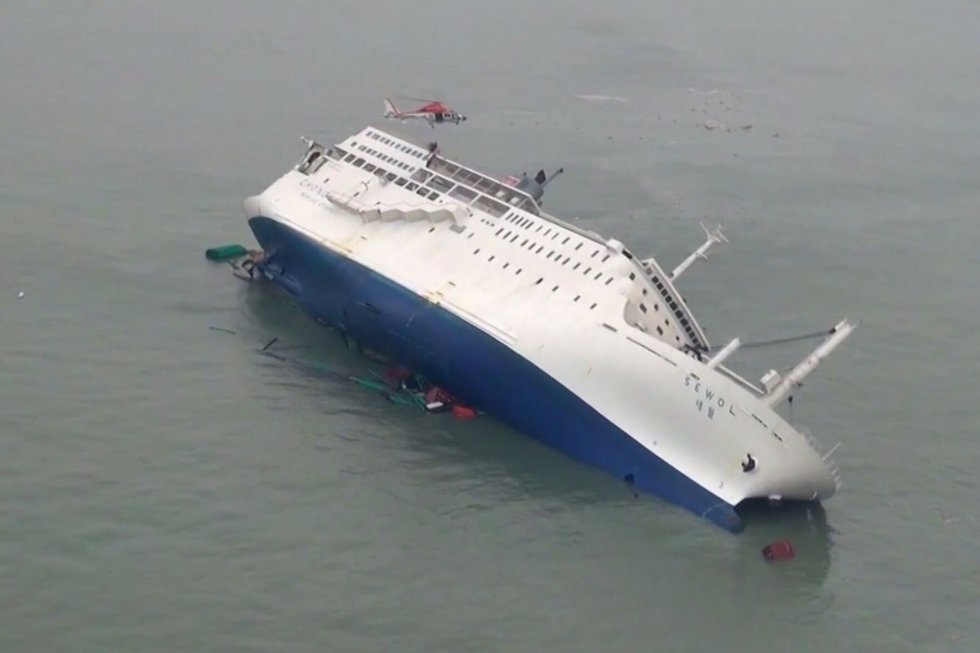 In The Absence, about the 2014 sinking of the MV Sewol off the coast of South Korea, is the most powerful documentary short nominee.

IN THE ABSENCE (Yi Seung-jun)

Produced by Field Of Vision in collaboration with the New Yorker, Yi’s exposé recounts the 2014 sinking of the MV Sewol off the coast of South Korea. More than 300 people – many of them schoolchildren – died, a number that might have been greatly reduced had the ship’s captain not waited more than half an hour to order an evacuation. Formally restrained but undeniably outraged, it’s easily the category’s most powerful entry.

Dysinger takes her camera into Kabul’s Skateistan schoolhouse (and skate park), where its students learn board skills along with reading, writing and arithmetic. Without ever playing down the sectarian tensions that still exist in today’s Afghanistan, Dysinger offers a sliver of hope that this new generation might be the one to pull its ravaged nation toward a better future.

This Swedish doc, which has been streaming on Netflix since June, looks at the unnerving phenomenon of Resignation Syndrome, a malady whose sufferers retreat into themselves emotionally and cognitively in the face of profound trauma. It’s found exclusively in children who are refugees – and yes, that’s horrible.

St. Louis Superman runs alongside Ferguson activist, battle rapper and Missouri state representative Bruce Franks Jr., who makes a visible difference in the lives of his constituents even as he struggles with his own personal pain. It’s a thrilling, multifaceted study, as Mundhra and Khan (who hails from Toronto) find the perfect editorial structure to illuminate the complicated Franks.

Produced for the New York Times Op-Docs project, this short, thoughtful piece pulls positivity from trauma in the story of Paul and Millie Cao, a Vietnamese-Chinese couple who met during the Vietnam War, were separated as refugees and eventually reunited to build a life together in America – and who’ve embraced ballroom dancing in their 60s.

Should win: In The Absence, for its uncompromising presentation of institutional failure – and for its refusal to temper its fury.

Could win: St. Louis Superman, an almost unbearably intimate portrait that lets us understand the personal cost of public activism.

Will probably win: Learning To Skateboard, which is both engaging and inspirational and also has a title that looks good on a ballot.