Review: Our House is a ho-hum horror film

Toronto-based director Anthony Scott Burns does fine work, but the drama and the scares are underserved 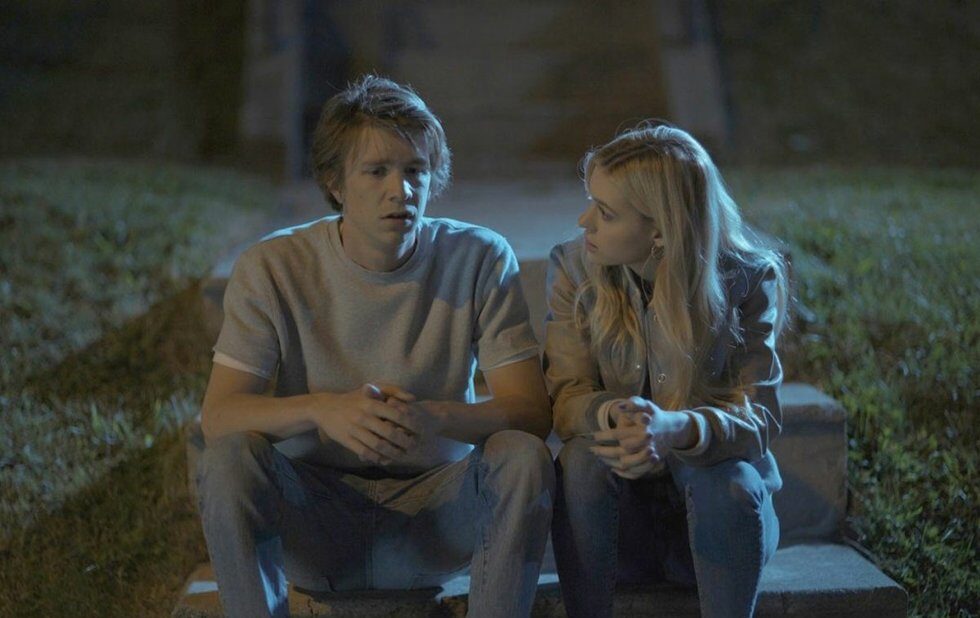 Nicolas Roeg’s Don’t Look Now is having a moment. It’s screening at TIFF on Friday (July 27) with an introduction by film critic Adam Nayman, just as newer horror hits like The Babadook and Hereditary bow down to Roeg’s mix of mourning and frights.

Now Canada has its own Roeg pupil in Our House, about children grieving their parent’s accidental death before being haunted by their apparitions.

Director Anthony Scott Burns and Moon scribe Nathan Parker are also playing with sci-fi elements, nodding to David Cronenberg in their adaption of the ultra-low-budget and barely seen The Ghost From The Machine.

There’s a contraption called Eli designed to look a bit like The Fly’s telepods in miniature. Thomas Mann’s young college kid Ethan engineered it to conduct electricity through the air. Instead he’s powering up ghosts, much to the delight of his younger siblings, played by Percy Hynes White and Kate Moyer. Both are excellent, as is Robert B. Kennedy as a widowed neighbour whose own wife seems to have been unwittingly resurrected.

Toronto-based Burns does fine work, too, both at conjuring emotional moments and setting up the things that go bump. But he’s juggling a lot. With a brief runtime and a script that doesn’t dig deep enough, both the drama and the scares are underserved.