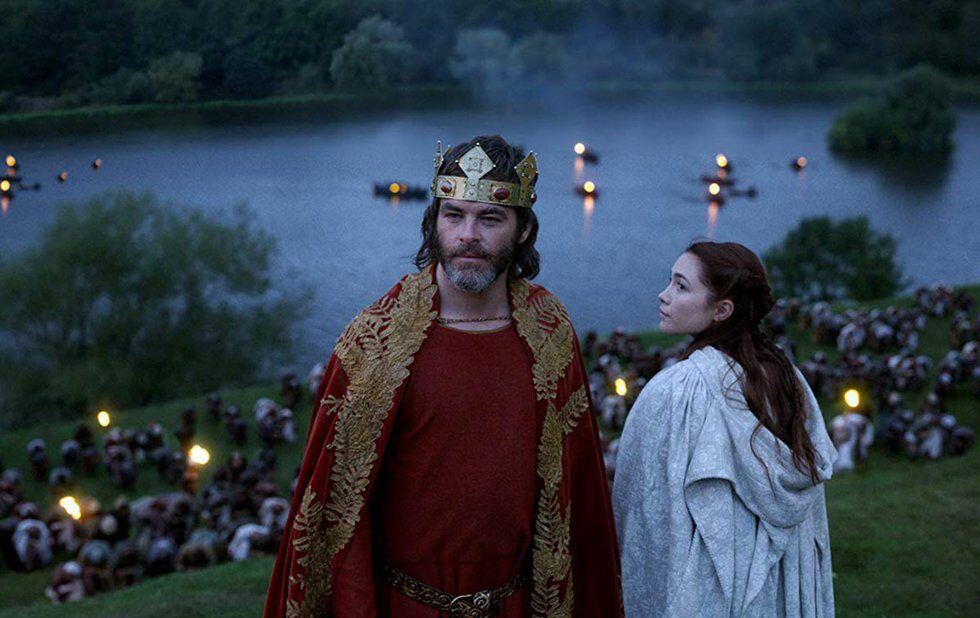 David Mackenzies Outlaw King arrives on Netflix and in a limited engagement at the TIFF Bell Lightbox some 20 minutes shorter than it was when it opened the Toronto Film Festival two months ago, and while the tighter running time is certainly welcome, the movie still has problems a tighter first act cant fix.

Mackenzies tale of the First War of Scottish Independence struggles with a monotonous visual palette, a script sorely lacking in texture and a key role undone by a terrible performance though Chris Pine, whose casting as 14th-century Scots king Robert The Bruce raised eyebrows at the time, acquits himself just fine.

Theres also the fact that Outlaw King never escapes the shadow of Mel Gibsons Braveheart, which offered a much more propulsive and engaging take on this specific period.

Pine affects a convincing burr as Robert, the nobleman who took up the movement of slain freedom fighter William Wallace in 1305 and ultimately led a guerilla army against the forces of Edward I (Stephen Dillane) and the impulsive, cruel Prince of Wales (Billy Howle). Hes aided nicely in the first two-thirds by Florence Pugh as Roberts English wife Elizabeth, who like Pugh herself hides a formidable intelligence and warmth behind her composed presentation.

But as the film grinds on, with Robert and his men moving from one grim battle to the next, it becomes apparent that Mackenzies only interested in the fighting. All the character work established in the first half is just discarded as alliances fracture, bodies pile up and dialogue becomes purely declarative, with characters talking almost exclusively about where theyre going and who they expect to fight when they get there, over and over again.

Theres also the major issue of Howle being just awful as Roberts nemesis he miscalculates his performance just as badly as he did opposite Saoirse Ronan in The Seagull, pushing against Mackenzies grave aesthetic with cartoonish sneering and wailing.