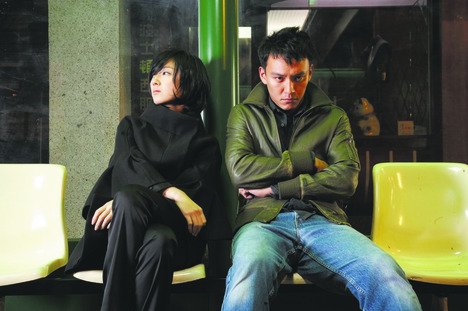 Go ahead and add Chung Mong-Hong to the distinguished list of directors putting Taiwan on the cinematic map.[rssbreak]

His debut feature, Parking, might feel like Crash, Short Cuts and many other films about the coincidences that link a group of disparate people, but he has a poetic eye and confident storytelling style, continually swerving away from pat sentimentality and melodrama.

When handsome Taipei husband Chen-Mo (Chang Chen) finds his car blocked by a double-parked vehicle, he goes in search of its owner, only to get enmeshed in the lives of a lonely old couple whose son has died, a chubby tailor who’s involved with the Mob and a prostitute who’s trying to escape from her pimp.

The parking metaphor – incivility in a busy society – isn’t overworked, and quick flashbacks reveal characters’ pasts without being heavy-handed. Coloured filters and an eclectic score go a long way to establish mood and tone, which effectively veers from comic to tragic.

Chung’s economical script, meanwhile, reveals lots about the lives of people in a city and country that’s rapidly changing, suggesting all the good and bad that come with progress.