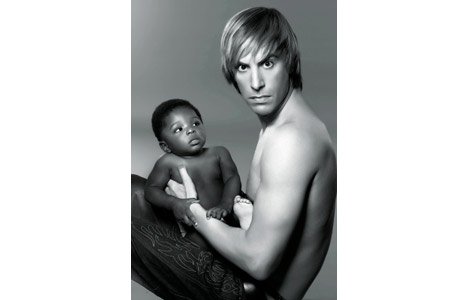 As you might be able to guess from the title, Percy Jackson & The Olympians: The Lightning Thief would very much like to be the next Harry Potter. It wants to use Rick Riordan’s 2005 young-adult novel as the springboard for another effects-heavy series about an ordinary kid who finds himself thrust into a world of magic and adventure.

The Lightning Thief gets the wannabe franchise off to a good start, introducing a broad cast of characters and setting up the story’s universe nicely.

We meet Percy Jackson (Gamer’s Logan Lerman), an unassuming Manhattan teenager, on the day he learns he’s actually a demigod – specifically, the son of Poseidon, which explains his knack for holding his breath underwater – whereupon he’s attacked by various monsters out of Greek mythology and spirited away to a training camp in upstate New York where he can learn to be a warrior, or something, and develop his powers.

This would be just peachy, except that Percy is also the one person who might be able to keep Zeus (a surly Sean Bean) from declaring war on his fellow gods over a stolen lightning bolt. So before you know it, Percy – accompanied by his best friend, Grover (Tropic Thunder’s Brandon T. Jackson), and fellow demigod Annabeth (Alexandra Daddario) – is off on a quest across America to save the world.

Chris Columbus, who helmed the first two Potter films, demonstrates little in the way of cinematic vision, but he moves the story along at a decent pace and lets Lerman gradually come into his own in the lead.

The adults in the cast have fun with their roles, especially Pierce Brosnan as a centaur, Steve Coogan as a blasé Hades and Uma Thurman as a particularly droll Medusa. There’s also more adventuring than talking, which is a nice change from the Potter structure.

If the movie never quite lives up to its potential – Craig Titley’s script tries to compress a lot of arcane detail into a handful of expository sentences, and the rivalry between Percy and Annabeth feels like a cheap device – at least there’s always something going on, and it’s over before you get fidgety. That’s enough to build on.