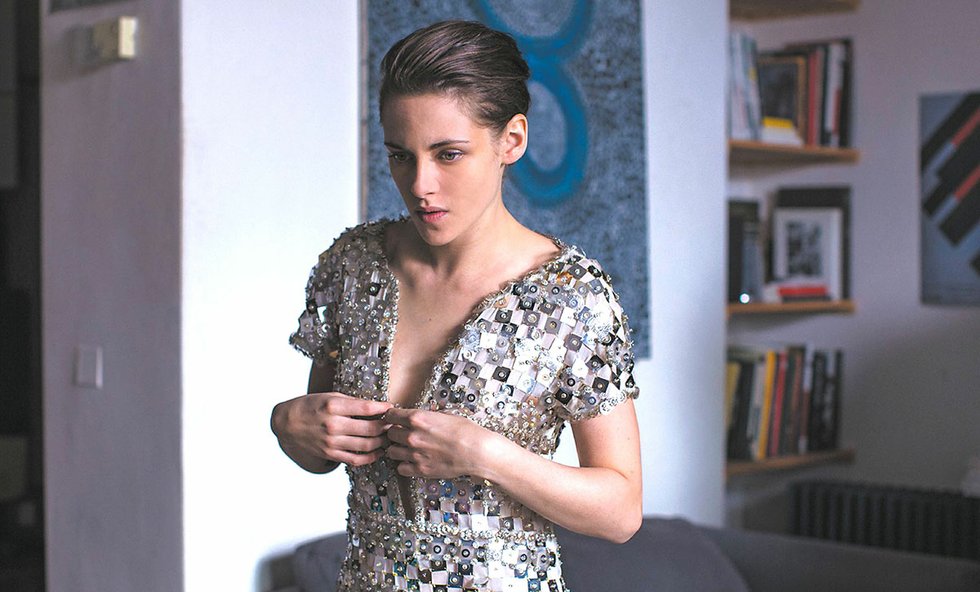 What kind of film is Personal Shopper? Has Olivier Assayas made a thriller? A character study? A drama? Its a tricky question, because this is the sort of movie that contains mysteries inside of mysteries. It shifts. Its fluid.

The film reunites Assayas with his Clouds Of Sils Maria star Kristen Stewart for another eerily composed European drama set adjacent to the world of celebrity.

In their previous collaboration, Stewart perhaps the single most famous person with whom Assayas will ever work played a put-upon assistant to Juliette Binoches self-doubting movie star. Stewarts character was instantly recognizable and intentionally undefined. Shes the sort of person who disappears when the talent arrives, which was both a clever comment on the actors own relationship with fame and a set-up for the movies evocative final movement.

Personal Shopper initially seems to be noodling on the same idea, casting Stewart as Maureen, an American working in Paris as a buyer for mercurial fashion plate Kyra (Nora Von Waldstatten, who also appeared in Sils Maria). Maureen picks stuff up, drops stuff off, tries stuff on she and her boss are about the same size and occasionally lusts after Kyras flashy lifestyle.

But theres more going on in Maureens life than just her job: shes also trying to make contact with the spirit of her recently deceased twin brother. Whether or not this movie is a ghost story, Maureen is undeniably haunted.

That makes Personal Shopper a far darker film than Sils Maria, its metaphysical edge exerting a compelling pull on the narrative. (There are weird echoes of Assayass little-remembered 2002 thriller, Demonlover, though Personal Shopper ultimately goes in a very different direction.)

And Stewart whos in almost every shot is fascinating to watch. She clearly trusts Assayas and organizes her tics and stammers into a sort of emotional transparency. I already knew she was a great instinctive performer, but this movie marks new territory for her.