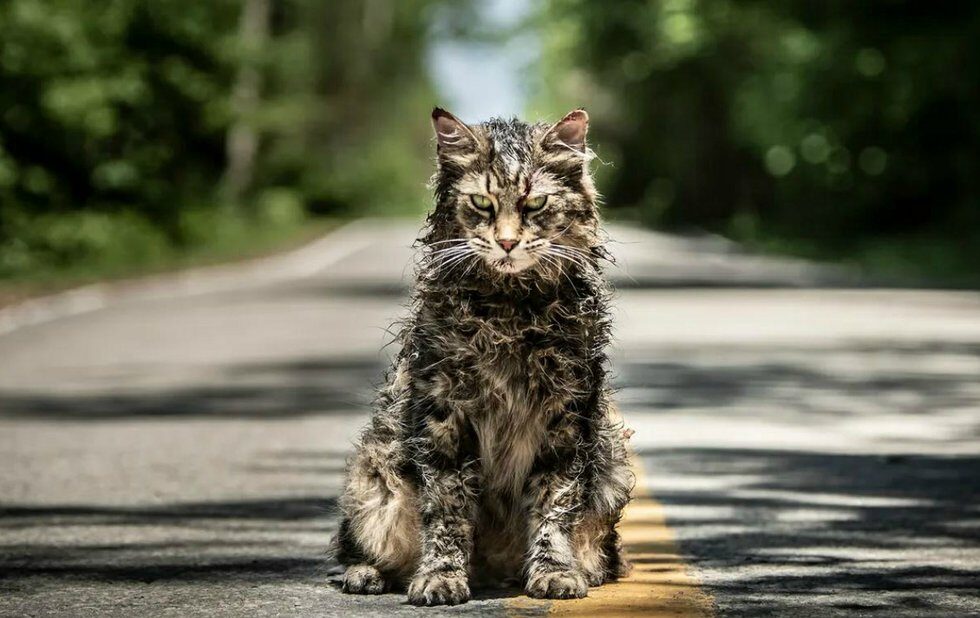 Pet Sematary is a new adaptation of Stephen King’s 1983 novel that fails to improve on Mary Lambert’s 1989 version – and that’s a shame, because Lambert’s film similarly failed to capture the awful, tortured grief at the heart of King’s story.

Lambert made a decent enough horror movie, with some effective moments and one devastating visual effect that cuts so deeply directors Kevin Kölsch and Dennis Widmeyer restage it faithfully here. And while it wasn’t one for the ages, it played on cable for most of the 90s, which is why people remember it fondly now.

So I had my hopes up for this new version, especially once Kölsch and Widmeyer were announced as the directors their excellent, artful Hollywood creeper Starry Eyes established them as inventive, unconventional storytellers. This movie suggests they’re also willing to turn off those instincts to make a horror movie that looks and feels just like everything else.

But then again, maybe it’s not their fault. Maybe it’s just that the mechanics of King’s novel – especially the final act – simply don’t work when they’re acted out in front of our eyes instead of conjured in our heads. Even with the fairly big changes Kölsch, Widmeyer and screenwriter Jeff Buhler (The Prodigy) play on the material, Pet Sematary is ultimately about a threat that looks and sounds kind of silly, and the film’s final scenes produced waves of laughter from my preview audience rather than gasps or screams.

It also doesn’t help that Jason Clarke is kind of a stiff in the lead. Clarke is one of those actors everyone keeps telling me is wonderful, but who always seems to give the same clenched performance – most recently as Keira Knightley’s husband in The Aftermath, but also in everything from Mudbound to Winchester to Everest to that last Terminator movie. I liked him in Dawn Of The Planet Of The Apes and Lawless, I guess. Here, despite all the emotional hoops poor Louis Creed is put through, Clarke plays the man as more or less a human dial tone.

After burning out as an ER doctor in Boston, Creed has moved his family to sleepy Ludlow, Maine, which in this film’s vision consists of two farmhouses and a university campus not far away. Louis’s wife Rachel (Amy Seimetz of Upstream Color), young daughter Ellie (Jeté Laurence, of Younger and Sneaky Pete) and toddler Gage (twins Hugo and Lucas Lavoie) are barely unpacked before Louis discover death awaits him at every turn.

Fortunately, kindly neighbour Jud Crandall (John Lithgow) clues Louis in to the existence of an ancient burial ground in the deep woods behind their house that makes death less of an issue… though the bodies buried there have a habit of coming back wrong, starting with Ellie’s beloved cat Church. Anyway, Louis is an idiot, yadda yadda yadda, sometimes dead is better.

Kölsch and Widmeyer treat the film as a mixture of an Insidious movie and a Ring sequel, opting for a succession of jump scares instead of evoking the story’s themes and letting them do their work. There’s even less character development than there was in Lambert’s film, which was pretty efficient in its storytelling. Here, it’s all plot-plot-plot, one incident piling onto the next, steamrolling any attempt to create living, breathing people in whose fates we can invest. And without that connection, there’s no hope of evoking the darker power of King’s prose.

On the page, Pet Sematary is a fever dream of parental dread and the anguish of a pain literally worse than death on screen, it ultimately turns into your basic slasher movie, with the added injury of being kind of pointless. Lambert’s movie at least tried to go there, even if it didn’t make it all the way.