Review: Peterloo is a rare misstep for director Mike Leigh 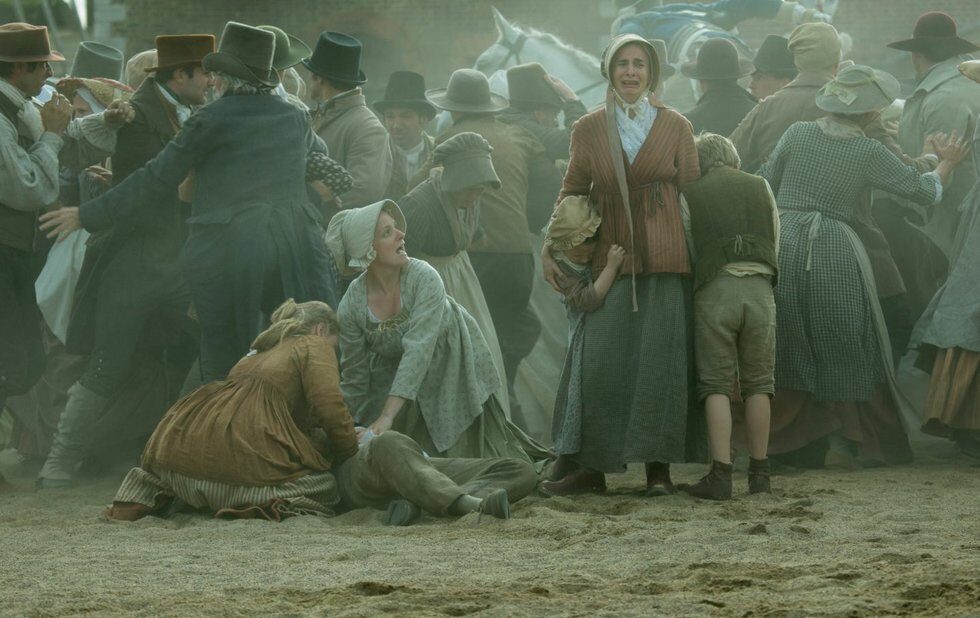 Mike Leigh doesn’t usually make big movies. Most of his films are winnowed down to a handful of characters and locations, soaking in the specificity of the story on the screen.

The last time he spun a narrative this complex was in his 1999 Gilbert & Sullivan biography Topsy-Turvy, which examined the creation of The Mikado from the perspectives of the writers, the performers and even the financiers.

Set in 1819, Peterloo dramatizes the events leading up to the massacre of suffrage protestors in St. Peter’s Field in Manchester by the British cavalry with the tacit permission of the government and the Crown. Peterloo is a story that clearly matters to the filmmaker, who grew up there more than a century later. The themes of citizen protest and institutional malevolence are entirely relevant to the present-day. But his approach is entirely ill-suited to the material.

Leigh’s script, developed as always through months of improvisation with his actors, is a slow, almost crushing study in inevitability. Peterloo spends more than two hours getting to the morning of August 16, drifting back and forth between two dozen key characters as they make their cases to one another.

In Manchester, a group of activists argue (a lot) over how best to put the issue of voting reform before the people, ultimately deciding to call in popular London orator Henry Hunt (Rory Kinnear), who’s known for his pacifism as well as his command of the lectern. Elsewhere, a young soldier (David Moorst) returns from the war to the bosom of his working-class family, who try to help him cope with a PTSD they can neither diagnose nor understand. These characters may conflict with one another at times, but they’re all decent folk trying to make the world a better place.

Meanwhile, in a series of darkened chambers, wealthy industrialists and clergy conspire to smother the suffrage movement with the help of the scheming Home Secretary Lord Sidmouth (Karl Johnson), the decadent Prince Regent (Tim McInnerny), and other courtiers. They are evil, full stop.

This is a little frustrating, because in the past Leigh has worked very hard to give complex dimensions to those who are not the best of people think of the depths he afforded less than likeable characters in Life Is Sweet, or Naked, or Another Year, or Mr Turner. Terrible people are still people, after all.

He’s never been shy about his working-class sympathies – nor should he be – but in Peterloo they actively undermine the drama, rendering his villains as sneering cartoons rather than human beings. Leigh usually factors a little complexity into his films, but not here, and it makes the film a lot less interesting.

The actors try their best. Kinnear steals the film as Hunt, even though he’s not introduced until about halfway through. Hunt trades on his celebrity status as much as his political stance, and his feelings about the cause he’s promoting are kept deliberately vague we wind up watching him much more closely as a result, which makes him the movie’s most compelling figure.

Indeed, if Peterloo has any life at all it’s thanks to Kinnear’s performance, and the way Hunt’s true self emerges once the violence begins. Mostly it’s just a long march to a messy, ugly, tragically foregone conclusion.

Podcast: Sneakerella actor Devyn Nekoda and The Kids In The Hall

Devyn Nekoda talks adapting Cinderella in Sneakerella and The Kids In The Hall explain how they keep their comedy alive.