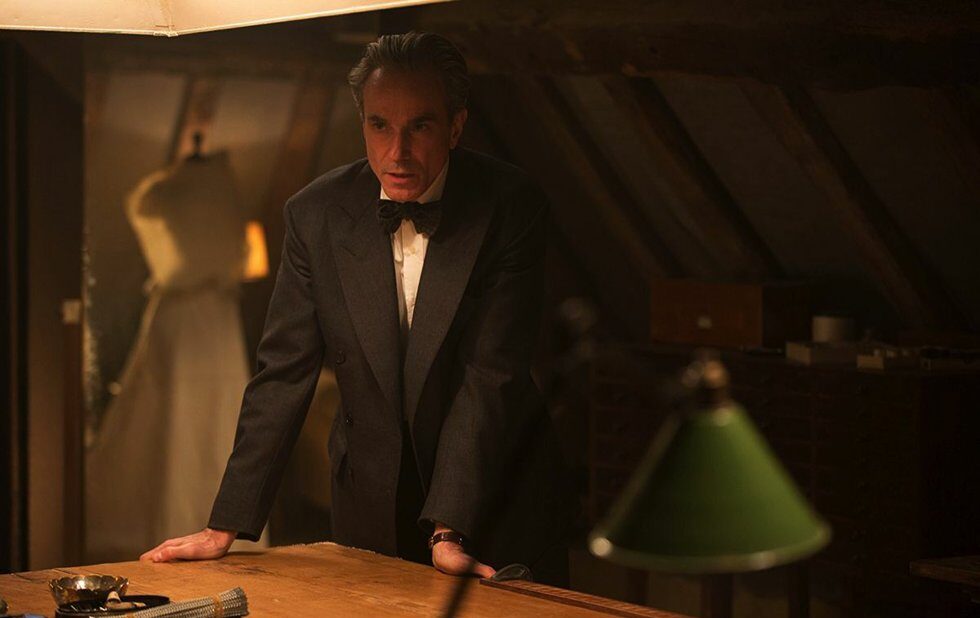 Daniel Kaluuya (right) gets ready to Get Out.|Kenneth Branagh and James D'Arcy in Dunkirk (2017)|Kevin Spacey

Midway through Paul Thomas Anderson’s intoxicating and astonishing Phantom Thread, Daniel Day-Lewis’s mid-century couturier Reynolds Woodcock takes a quick look through a peephole at a woman the woman dressed in his gown. Its a quick and unfussy nod towards Alfred Hitchcock’s Psycho but its no mere homage at least not the kind that Anderson (among so many filmmakers) has flaunted in the past.

In Boogie Nights and Magnolia, Anderson would mimic Martin Scorsese and Robert Altman as if to validate his passion and technical mastery, finding his own voice much later. I realize Im in a minority who feels that Anderson’s work up to and including There Will Be Blood was just a warm-up to the beguiling craftsmanship and thorny emotions in his best films: The Master, Inherent Vice and now Phantom Thread.

That nod to Psycho is just one example suggesting his growth. Anderson isn’t satisfied with just acknowledging his influences. He interrogates them, and perhaps by turn, himself.

There is a bit of Norman Bates in Woodcock both men are haunted by deceased mothers. But the exacting, dominating and scrupulous fashion designer has even more Hitchcock in him, and Stanley Kubrick for that matter.

Like them, Woodcock is exalted to the point that his toxic nature isn’t just abided but considered part and parcel to his art. He barks and snaps with careful eloquence as skillfully as if he were fashioning a gown. At a time when were pressed to discuss whether we should separate the artist and from their art, Phantom Thread articulates and complicates that relationship, looking at such a man through the eyes of his muse.

The thing is, Phantom Thread is a romance – a haunting, lovely, aggressively emotional and frequently disturbing one, where Day-Lewis’s Woodcock intermittently finds inspiration, annoyance, suffocation and a very peculiar sort of love in Alma. Shes played delicately but powerfully by newcomer Vicky Krieps in a performance that has been foolishly overlooked on the awards circuit.

Alma is awkwardly discovered by Woodcock when shes waiting tables. Shes empowered by his gaze, eventually worn down by his neglect and spends the film searching for the kind of intimacy that suits them best, finding a way to leave her mark on the artist in the same way that he stitches his into those gowns.

Their companionship is further complicated by Woodcocks sister and right-hand Cyril (Lesley Manville throwing some refined shade). The relationships reconfigure the triangle formed by Philip Seymour Hoffman, Joaquin Phoenix and Amy Adams in The Master.

Phantom Thread is a companion piece to that film, with an initiation sequence where Woodcock takes Alma’s measurements that is this films thrilling answer to the processing scene between Hoffman and Phoenix. And like The Master, Phantom moves fluidly but feels impossibly precise it swoons while keeping things prickly it spins a straightforward narrative but leaves you grappling with so much mystery.

Its the movie of the year, and by that I mean 2017 due to its earlier stateside release. But I could very well be speaking of 2018, because I doubt well see another movie like this.