NOW MagazineMovies & TVReviewsPirates Of The Caribbean: Dead Men Tell No Tales is dead in the water

Pirates Of The Caribbean: Dead Men Tell No Tales is dead in the water

This isn’t the worst entry in the Disney franchise, but aaargghh... we’ve seen it all before 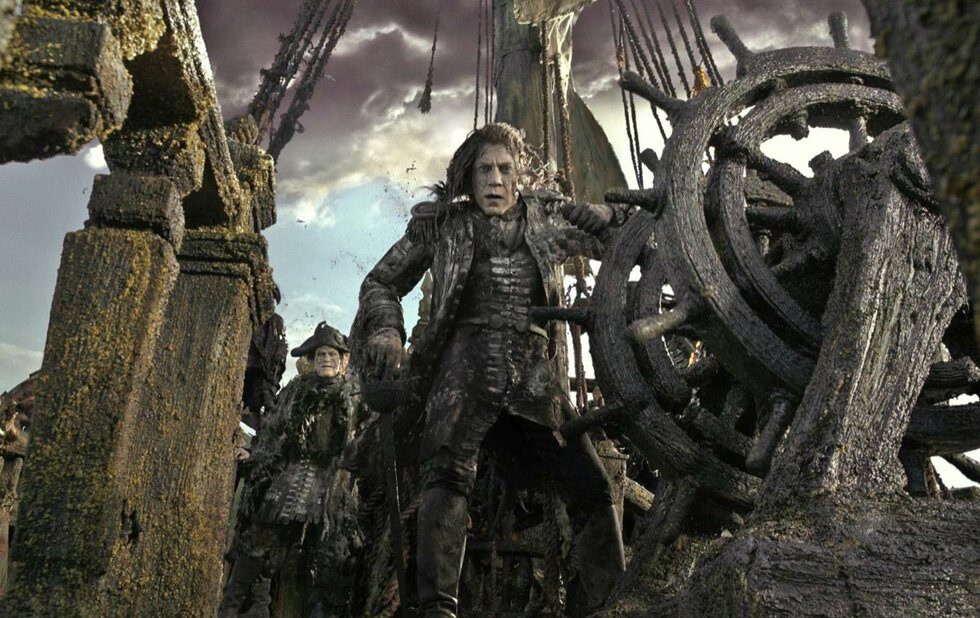 Javier Bardem clearly needs some moisturizer in the latest Pirates Of The Caribbean film.

Did ye think Alien: Covenant would be the only unwanted franchise extension in at the megaplex this month? Well, Cap’n Jack Sparrow has something to say about that.

Maybe that’s a little harsh. After all, Pirates Of The Caribbean: Dead Men Tell No Tales – the fifth film in the Disney series based on a popular theme-park attraction – offers a modest improvement over 2011’s godawful On Stranger Tides. They’ve abandoned the idea of a new trilogy (no mermaids this time) and gone back to the series’ core mythology.

The brash hero here is Henry Turner (The Giver’s Brenton Thwaites), son of Orlando Bloom’s Will and Keira Knightley’s Elizabeth. Now a young man, he seeks Poseidon’s trident to break the curse of the Flying Dutchman and free his father from the endless voyage he began at the end of the third movie.

Henry’s not the only person out to break a curse, mind you. There’s also the undead buccaneer Salazar (Javier Bardem), who believes that Cap’n Jack (Johnny Depp) is the key to his own release, thanks to his unwitting possession of an enchanted compass. That compass is also desired by plucky astronomer Carina Smyth (Kaya Scodelario, of the Maze Runner movies), so in classic Pirates Of The Caribbean fashion, everyone chases everyone until their stories converge on the high seas. Also, Geoffrey Rush’s Barbossa is back, because of course he is.

It’s all just naked brand extension from a studio with a profitable franchise and a star in need of another summer house, I guess. Or maybe Depp genuinely does love playing Cap’n Jack Sparrow – he gets to dress up in scarves and jump around a lot while making that dopey face. It can’t be that challenging. In any case, he’s back, and so are all the other things people apparently still want from the Pirates films: jokey shipmates, outsized action sequences, an overly complicated mythology and a whimsical musical score that tells us precisely how much fun we should be having at any given moment.

It’s fine for a bit, and even pleasant, but then you realize that you’ve seen all of these things before, and they aren’t getting any fresher. Depp’s exhausting, his shifty-eyed scene stealing now entirely predictable and even annoying. We’re starting to experience Cap’n Jack as his comrades must: an obnoxious, self-absorbed idiot who’s so irritating that of course everyone wants him dead. It’s not a good look.

Dead Men Tell No Tales is the shortest entry in the series but still feels bulky and ungainly, with a mechanical stop-and-start rhythm and two long digressions in the midsection – including an origin story for Cap’n Jack’s goddamn outfit – that simply don’t need to be there. Kon-Tiki directors Joachim Rønning and Espen Sandberg make it look good, but the sense of eerie awe that drove Gore Verbinski’s original trilogy is long gone.

And yes, there’s a stinger that sets up another chapter. Because that’s the world we live in.