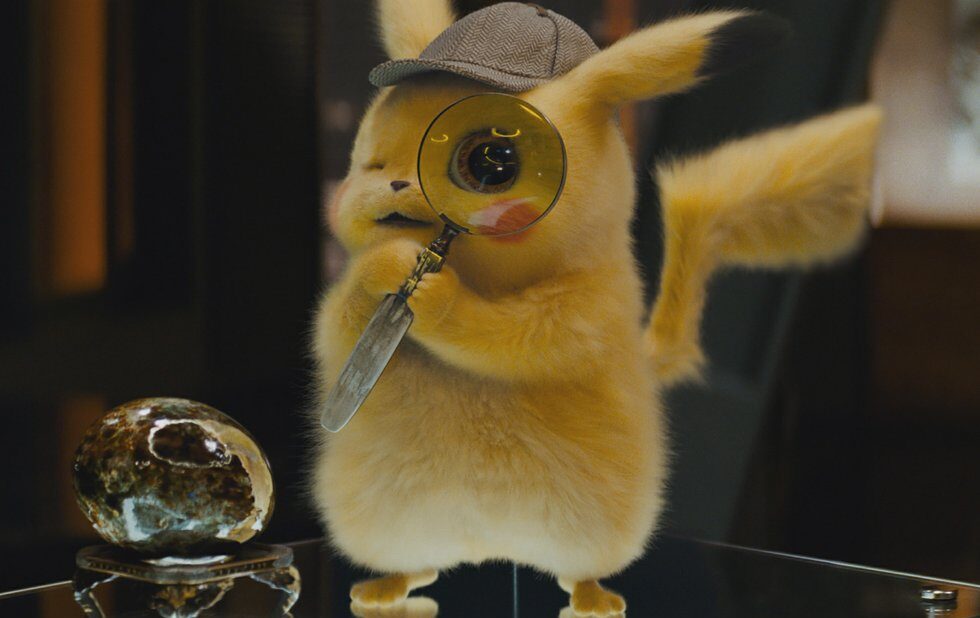 As a parent with a young, obsessive Poke-fan at home, watching Detective Pikachu comes as a relief. The franchise’s first live-action movie features Ryan Reynoldss comic banter coming out the mouth of Pikachu, an adorable yellow furball with a lightning bolt tail who up until now has only been heard squeaking Pika, pika.

Thats not the only way the movie, directed by Rob Letterman, totally breaks away from the rigid formula laid out by the 20-year-old video game, trading cards, endless animated series and the recent app Pokemon Go that made every walk to the park about catching magical little creatures.

For the uninitiated, the Pokemon universe is generally about kids catching a Pikachu or other super-powered critters, and then exploiting those pets when challenging each other in what is essentially cock-fighting.

The battles between Pokemons, at the whims of their human trainers, are mostly abandoned in Detective Pikachu. Instead, the plot, adapted from a 2016 video game, takes place in Ryme City, where Pokemon and humans live among each other on equal footing. The former use their special abilities for traffic duties, firefighting and yes, even detective work.

Enter Reynoldss take on Pikachu, a babbling, caffeine-addicted sleuth suffering from amnesia. Pikachu is searching for his missing and presumed dead human partner Harry Goodman. He happens upon the latters estranged son Tim (The Get Downs Justice Smith), who can mysteriously understand everything Pikachu is saying while everyone else still one hears “Pika Pika.”

Smith is a terrific actor. Given his looks, and the musical chops he showed in The Get Down, you can assume hell be tapped to play Prince in a biopic. For now, hell have to settle for straight-faced foil to Reynolds, whose Pikachu gets all the giggles.

Together they set off on a rather easy investigation, uncovering a nefarious plot involving the ancient fan favourite Mewtwo (voiced by Rina Hostino and Kotaro Watanabe). The set-up uses Who Framed Roger Rabbit? as its template, but also borrows bits from Tim Burtons Batman and aesthetics from neon-lit Hong Kong cinema and Blade Runner.

Detective Pikachu has all the right influences, even if they come together incongruously, lead toward the same old chaotic CGI climax that flattens our interests, and ultimately live in service of brand extension.

Despite all that, the movie has enough to enjoy, particularly the opening sections with their eye-pleasing noirish world-building. While Reynoldss talking Pikachu is the running gag here, the funniest moments come from his interactions with fellow Pokemon like Mr. Mime, a voiceless informant who proves rather difficult to extract information from, and Psyduck, a quacking temperamental ally who needs to have his stress points massaged to prevent an anxiety-induced explosive blast from his beak.

The comedy here delights in how absurd Pokemon can be, acknowledging my long-held frustrations over who would come up with this stuff and why it’s so appealing. Meanwhile, my son came out of Detective Pikachu declaring it the greatest thing hes seen on the big screen in his lifetime.

That the movie can serve both its fandom and those of us left baffled on the outside is a remarkable feat.