Keaton and Jacki Weaver barely maintain their dignity as seniors in a retirement community who start up a cheerleading squad, but they're hobbled by a thin script and weak characters 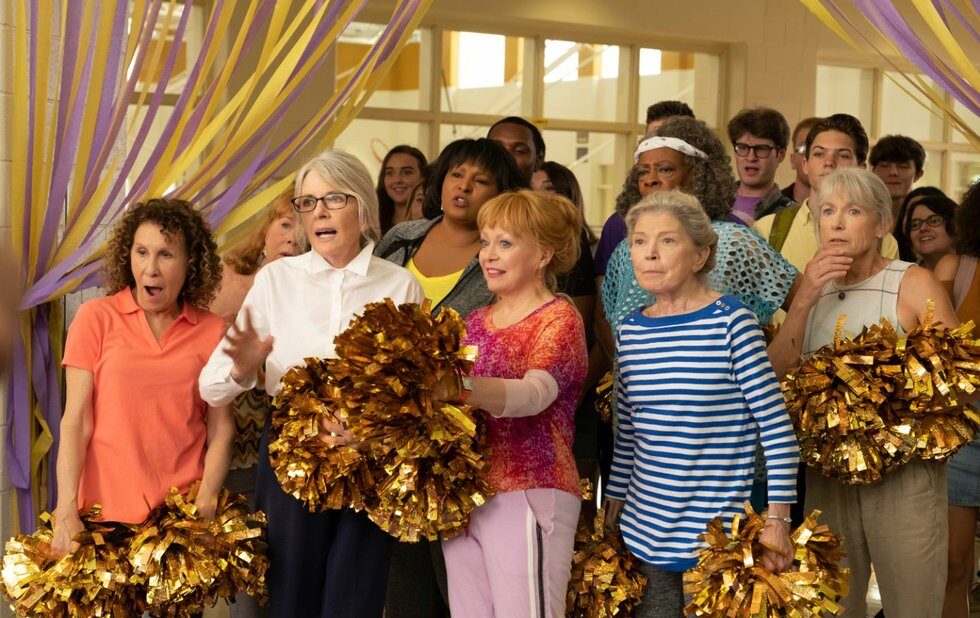 Poms at least provided a bunch of older women actors with roles and a paycheque, if not their dignity.

Diane Keaton plays Martha, a retired Manhattan schoolteacher who, faced with an incurable cancer diagnosis, moves into a sunny retirement community down south, where she intends to die alone. The community’s bossy queen bee (a terrifically tart Celia Weston) insists that she join a club, and so, prodded by her fiesty, extroverted neighbour, Sheryl (Jackie Weaver), Martha decides to pursue her teenage dream of becoming a cheerleader.

Cue audition montage and an endless series of unfunny routines for actors like Pam Grier, Rhea Perlman and Phyllis Somerville, with Weston suspiciously wondering what they’re all up to. And then cue the inevitable competition against a group of bratty, ageist high school cheerleaders.

Keaton has a unique ability to deliver even the worst line of dialogue – and there are many in here – with focus and a direct look at whomever she’s talking to. And Weaver has a good time as her boozy, poker-playing friend who, obviously, has a heart of gold.

But the other women are wasted, especially the iconic Grier. And the script and direction are only haphazardly entertaining.