Its main subject, a woman abuser, refuses to open up, subverting the doc’s essential mission 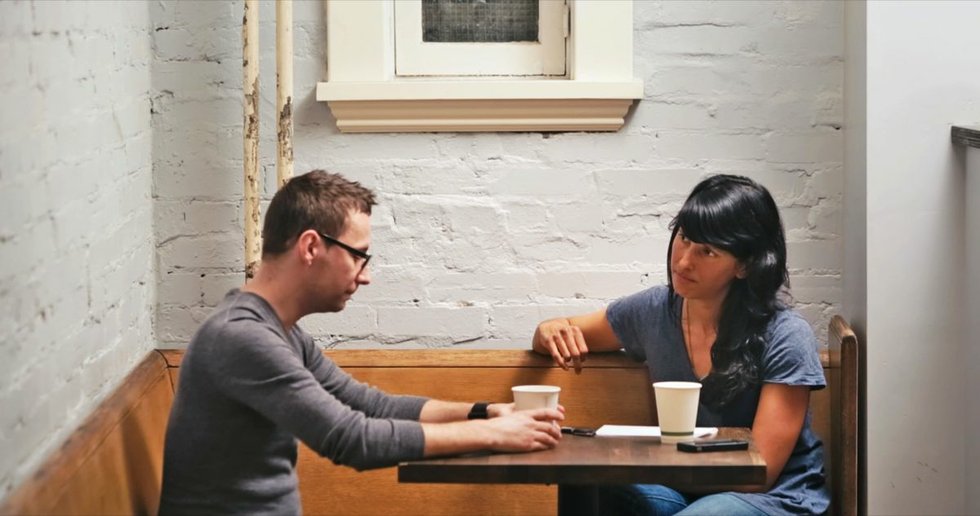 The premise is compelling: a survivor (co-director Attiya Khan) reconnects with abusive ex-boyfriend Steve, her mission to let him know how she experienced the violence and make him accountable for it. He agrees to appear on camera, so you might assume she succeeds.

Khan is a riveting presence, and sequences where she and Steve return to the scenes of the crime – their apartment, their high school – are devastating. But the movie winds up being more about her and about institutional neglect – their teachers knew there was trouble and said nothing – than about Steve’s life and what turned him into a woman-beater.

As such it’s interesting enough. In the sequence at the high school, Khan appraises the place wide-eyed. She’d never really looked at it before – as a student she was preoccupied with keeping her head down so Steve wouldn’t wonder who she was looking at.

Though the detail is important, the scene itself doesn’t bring much new to the issue. The doc may work for someone who needs a primer, but anyone working on the front lines to end violence against women or has a feel for the issue at all will be disappointed.

The film tells us nothing about whether Steve is in a relationship now or what he’s doing with his life. He may have agreed to go on camera, but basically he isn’t talking. When a therapist asks him where his anger came from, he doesn’t answer, so there’s no real payoff. It’s painful to see that once again the woman in the relationship does all the emotional heavy lifting.

A helpful but distressing take-away from this movie is how the abuser’s refusal to open up speaks to why it’s so hard to end violence against women.