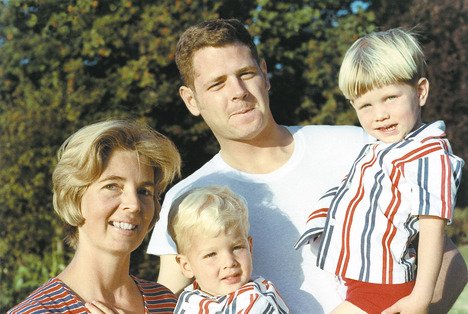 Prodigal Sons – which gets a week’s run at the Bloor Cinema – starts out as one fascinating story about identity, with transgendered filmmaker Kimberly Reed returning home to Montana for her high school reunion.[rssbreak]

Her family knows about her transition, but this is the first time she’ll be meeting her classmates as her female self rather than as the captain of the varsity football team.

We’ve barely processed that experience when the documentary shifts to a different and equally moving tale, following Reed’s adopted brother Marc, who’s struggling with a debilitating brain injury after a car accident.

Old wounds reopen, new wounds are created, and a left-field revelation about Marc’s birth mother complicates things even further. If this were fiction, frankly, you wouldn’t believe half of it.

But it’s all real, and Reed’s camera captures every loaded moment. The resulting documentary merits a spot on the same shelf as Capturing The Friedmans and Must Read After My Death.