Carey Mulligan commits fully to Emerald Fennell's stylish feature debut, but the movie is less than the sum of its parts 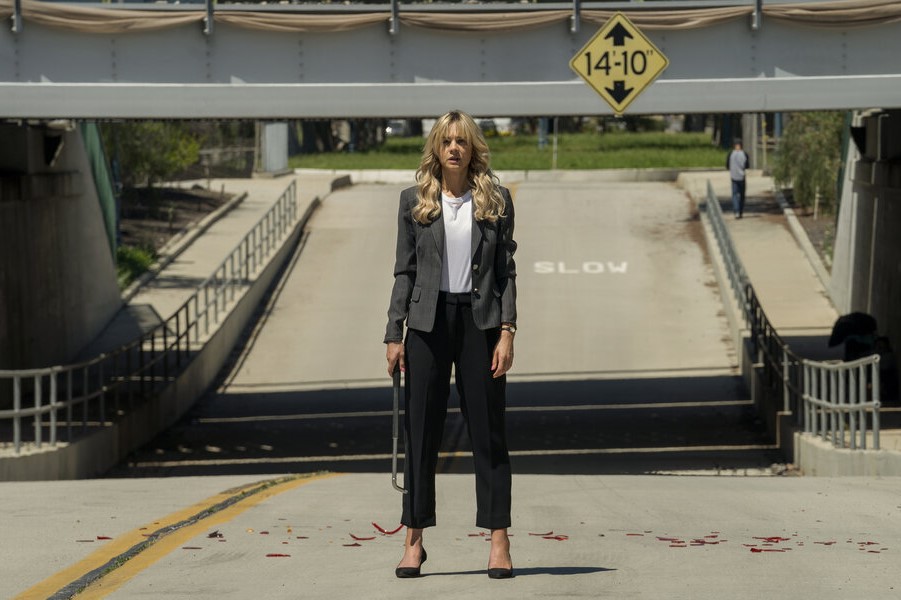 Carey Mulligan stands for something in Promising Young Woman.

One of 2020’s most talked-about films, Promising Young Woman had its April theatrical release derailed by the pandemic and wound up rescheduled by Focus Features as a perverse Christmas present. It’s now on VOD, where you can marvel at Carey Mulligan’s terrific performance and the sheer ambition of Emerald Fennell’s feature directorial debut… even as you slowly realize the movie itself is far less than the sum of its parts.

Mulligan plays Cassie, a med-school dropout turned barista in an unnamed Ohio city who spends her evenings going to clubs, pretending to be blackout drunk so that men will take her home, where they inevitably try to coerce her into sex. (She does not stand for it.) It’s not healthy, but she has her reasons. And then she meets an old classmate (Bo Burnham) who might offer her the possibility of a healthy relationship.

Writer/director Fennell – an actor and filmmaker who ran the second season of Killing Eve – employs a brightly coloured 90s rom-com aesthetic to her pitch-black material, exposing the misogynistic attitudes that run through even the most beloved pop classics. At its best and most unsettling, Promising Young Woman plays like the telepod fusion of She’s All That and I Spit On Your Grave.

Mulligan is mesmerizing as Cassie, willing herself to turn off her humanity in the service of vengeance. And Fennell’s casting instincts are unnervingly good, rolling out a stream of actors known for their warm, sensitive presence – not just Burnham but The OC’s Adam Brody, Superbad’s Christopher Mintz-Plasse, New Girl’s Max Greenfield and Veronica Mars’ Chris Lowell – as people with the potential to do monstrous harm. (She’s also willing to flip it, casting veteran heavy Clancy Brown as Cassie’s unerringly compassionate father.) The more we learn about the motivations behind Cassie’s actions, the more we’re on her side.

But for all the care Fennell takes in building her film’s emotional and stylistic momentum, there’s a yawning chasm between what Promising Young Woman thinks it’s doing, and what it actually accomplishes. It’s not just that the ending doesn’t work – like, at all – but that Fennell pulls her punches in almost every scene beforehand. It’s impossible to discuss how without spoiling the movie, but… well, you’ll see. There are problems with Promising Young Woman that no cello cover of Britney Spears’s Toxic can paper over.