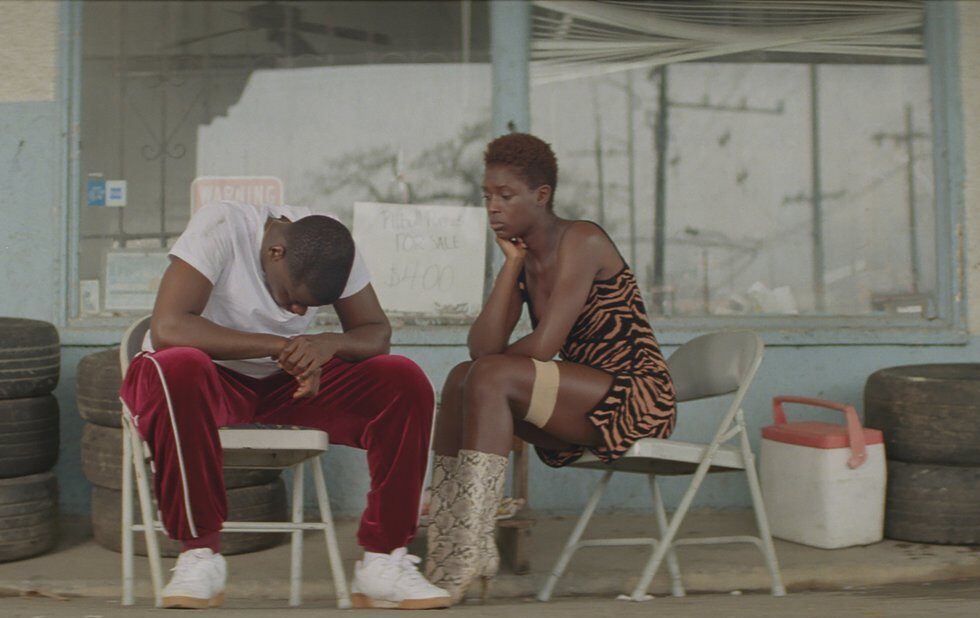 In Queen & Slim, a #BlackLivesMatter-era road movie, Get Out’s Daniel Kaluuya and newcomer Jodi Turner-Smith play two people who take on symbolic proportions after an encounter with a trigger-happy police officer.

Kaluuya’s Slim and Turner-Smith’s Queen are pulled over at the end of their Tinder date for swerving on the road. What should be a routine traffic stop becomes a not entirely convincing deadly altercation. The easily frazzled officer puts a bullet in Queen. Slim manages to wrestle the pistol away and then kills the cop with it. An injured Queen and a rattled Slim go on the run, trying to flee to Cuba, while Black communities across the country rise up, protesting on their behalf while projecting onto them.

The couple have opposing personalities and backgrounds. Writer Lena Waithe uses them and the people they meet to tap into a vast array of experiences, as if they’re representing all Black lives under a police state. That Queen and Slim miraculously survive their encounter sets them apart from Michael Brown, Eric Garner, Sandra Bland and all those other Black men and women who became larger than life only in death. Queen and Slim are symbols that breathe, and what they represent – pride, experience and power – brings people together. The film’s sense of unity is its strongest impulse. Fellow citizens are eager to help or hide them. Even Queen and Slim are brought together by their tragic circumstance. Their date hadn’t been going well. The two were calling it before their encounter with the cop extended their time together.

But in this film, written by Waithe and directed by Melina Matsoukas, their symbolic weight can also feel like a burden. Having meaning imposed on the couple tends to kill the vibe.

Take for instance a steamy lovemaking session. Slim’s velour tracksuit and Queen’s tiny tiger-print dress peel off, their glistening bodies writhing ecstatically in a turquoise Pontiac Catalina. It’s a sensuous moment that is repeatedly, intentionally and frustratingly interrupted by cutaways to a protest, where Black citizens clash violently with police. Even in sex, their pleasure is punctured with the strife and tension facing Black lives.

As with her Showtime series The Chi, Waithe’s writing tends to pack in meaning and melodrama to a fault. Plot machinations drag down those beautifully quiet, intimate scenes where her characters can just groove together.

Waithe is re-teaming with Matsoukas for the first time since their wonderful Emmy-winning Master Of None episode, Thanksgiving. The pair work brilliantly together when they savour the textures and aesthetics in their environments – like the chrome rims, velour tracksuit, southern mist – and enjoy the sense of community created with the film. They miss a few opportunities in Queen & Slim. But they also open the door for others.