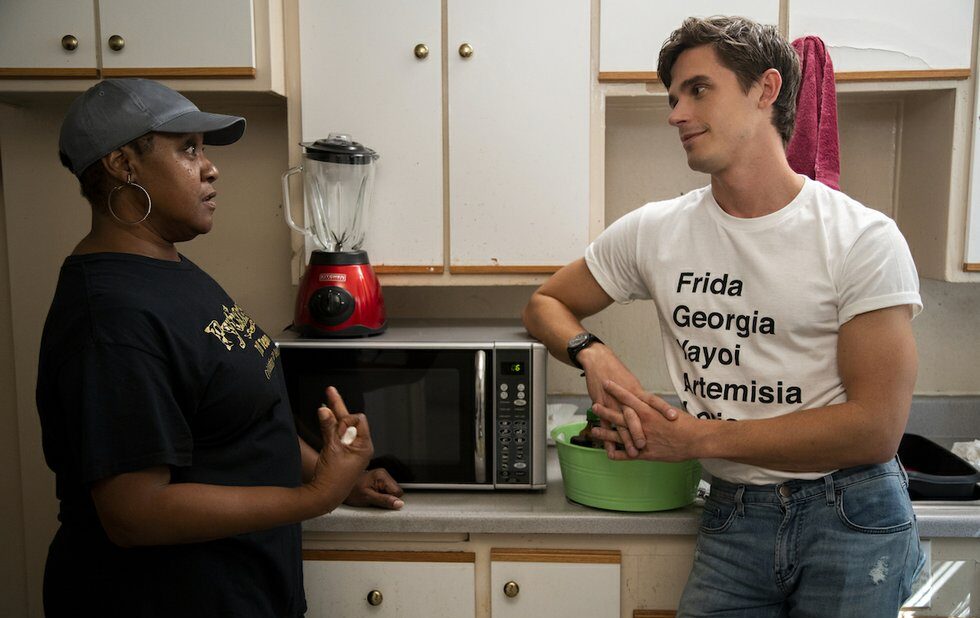 Within the five minutes of the fourth season of Queer Eye, grooming expert Jonathan Van Ness is already crying. In the first episode, the “hero” – as the reality show calls all of its makeover subjects – is Mrs. Dooley, Van Ness’s high school music teacher, whose wardrobe consists entirely of shopping channel purchases and whose fiery red mullet has defined her look for 30 years.

The Fab Five – Van Ness, Antoni Porowski, Tan France, Karamo Brown and Bobby Berk – are en route to his high school in small-town Illinois, and Van Ness begins tearing up as he talks about Mrs. Dooley’s dedication to the arts and her students. Crying on Queer Eye isn’t groundbreaking – one of the show’s marketing catchphrases is, after all, “I’m not crying, you’re crying” – but usually it comes during the requisite mid-episode intervention or the final reveals.

For its fourth season in two years, Queer Eye is leaning in hard to what it does best: sharing the stories of everyday Americans, the challenges they’ve overcome and the communities they’ve fostered. In other words, it’s going to make everyone ugly-happy cry.

Other than the first episode (entitled Without Further Ado), which is set in Van Ness’s hometown, the rest of the season takes place in Kansas City, Missouri. Queer Eye always has memorable heroes, like fan favourites “You can’t fix ugly” Tom from the first season and the show’s first trans man, Skyler, from season two, but this time each hero’s makeover journey takes on great meaning.

In episode two, Disabled But Not Really, we meet Wesley, a reformed self-proclaimed bad boy who became paralyzed after getting shot in the back. The episode is about how he was able to transform his life for the better following his assault, but also about the way violence within African American communities is often intensified by white supremacy. Mrs. Dooley’s episode explores bullying and LGBTQ teens and the importance of public school teachers.

We also get more glimpses into the Fab Five’s personal lives, which is gratifying for viewers who have been following along since the first season. In a conversation with Wanda Winters, a workaholic mother of two grown daughters, food expert Porowski speaks candidly about how he’s estranged from his mother as a cautionary tale of what can happen if you don’t speak openly about your feelings.

Many of the Queer Eye experts have parlayed their Netflix celebrity into side gigs (Van Ness is going on a comedy tour, Porowski has a Manhattan restaurant and a new cookbook) and expanded their brands onto social media. But each of them seem the most authentic when they’re together and learning from each of the heroes’ unique perspectives.

In the world of reality TV shows, where series often last for 10-plus seasons, Queer Eye is still in its early years. You can’t predict whether this formula will get stale in the coming seasons or if it’ll need to be rejigged to keep it fresh. But right now, it’s as endearing and inspiring as ever.