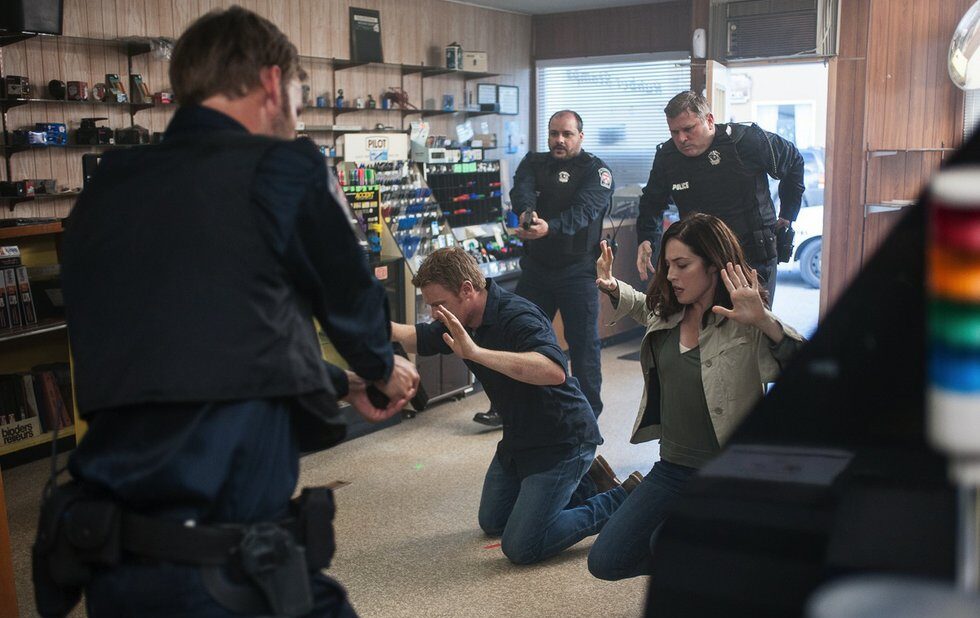 I will say this for Radius: it has a hell of a premise.

The new thriller from Quebecois filmmakers Caroline Labrèche and Steeve Léonard – who made the 2011 time-travel comedy Lost Cause – Radius opens strong, efficiently establishing its weird and intriguing concept.

In a field outside of a small town, an injured man (Diego Klattenhoff, of Homeland and The Blacklist) snaps awake. He quickly discovers that he has no idea who he is, which is bad, and that any living thing that comes within 50 feet of him simply drops dead, which is definitely worse.

Sensibly enough, he goes into hiding until he encounters another amnesiac (Charlotte Sullivan) whose presence somehow disables the effect. Who are they and what’s going on? Well, that’s where it all falls apart.

Labrèche and Léonard have the answers, and they dole them out with a self-seriousness that’s at odds with the pulpy, B-movie vibe of their premise. They’ve cooked up a couple of very clever problem-solving sequences – what if the police find them and put them in separate cars? What happens if one of them gets in a packed elevator and the other doesn’t? – but they also have to fill a lot of time, so the actors spend a lot of time driving or standing around looking gloomy and perplexed.

And as they do, the movie’s compelling, what-the-hell mood drains away into a series of disappointed shrugs with the occasional disbelieving snort.

Also, I think I was harder on Colossal than I needed to be.