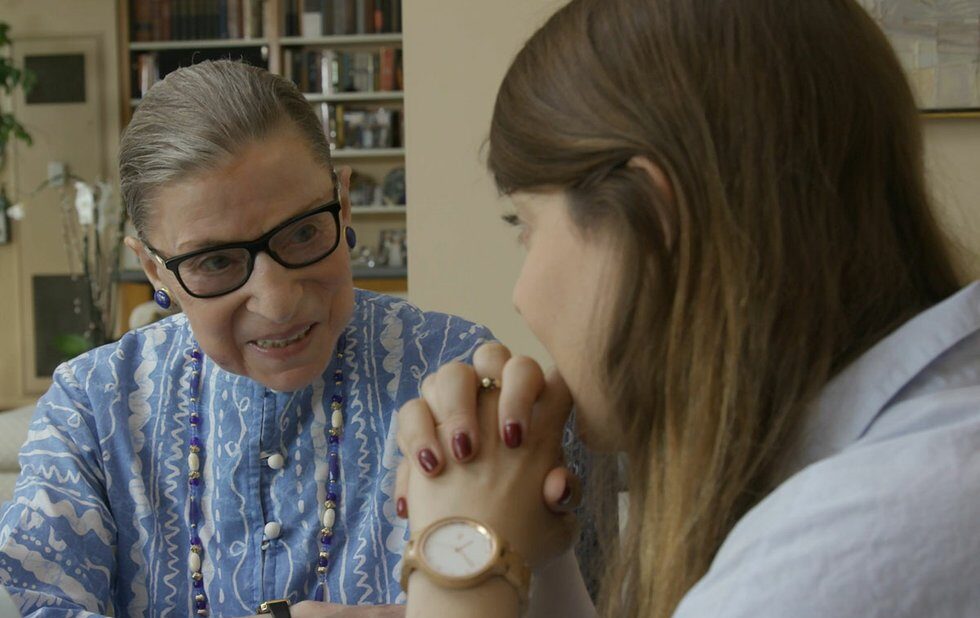 The life and career of Ruth Bader Ginsburg – the second woman appointed to the United States Supreme Court, and a lifelong crusader for equal rights and a world without gender discrimination – gets a respectful accounting in this CNN Films documentary.

Interviewing the octogenarian Ginsburg as well as friends, colleagues and family members, directors Julie Cohen and Betsy West stick to a chronological approach and never push anyone too hard.

I would have liked a deeper exploration of their subject’s fascinating contradictions – Ginsburg’s own children describe her as “timid,” and yet she was passionately arguing cases in front of the Supremes decades before she joined the band – but RBG is a solid look at a brilliant woman who’s helped change her nation for the better.

Cohen and West spend a nice amount of time on their subject’s relationship with her husband, Martin, who died in 2010, and on her love of opera, which again points to an intriguing disconnect between her staid public self and a more open-hearted personal life that isn’t fully interrogated.

The filmmakers are more interested in another mismatch in Ginsburg’s life – her friendship with arch-conservative benchmate Antonin Scalia, which is filtered through the same isn’t-this-wacky lens as the footage of Ginsburg working out at the gym. That’s what the people want, right?