NOW MagazineMovies & TVReviewsReview: Ready Or Not is a horror comedy with an unpredictable edge

Review: Ready Or Not is a horror comedy with an unpredictable edge 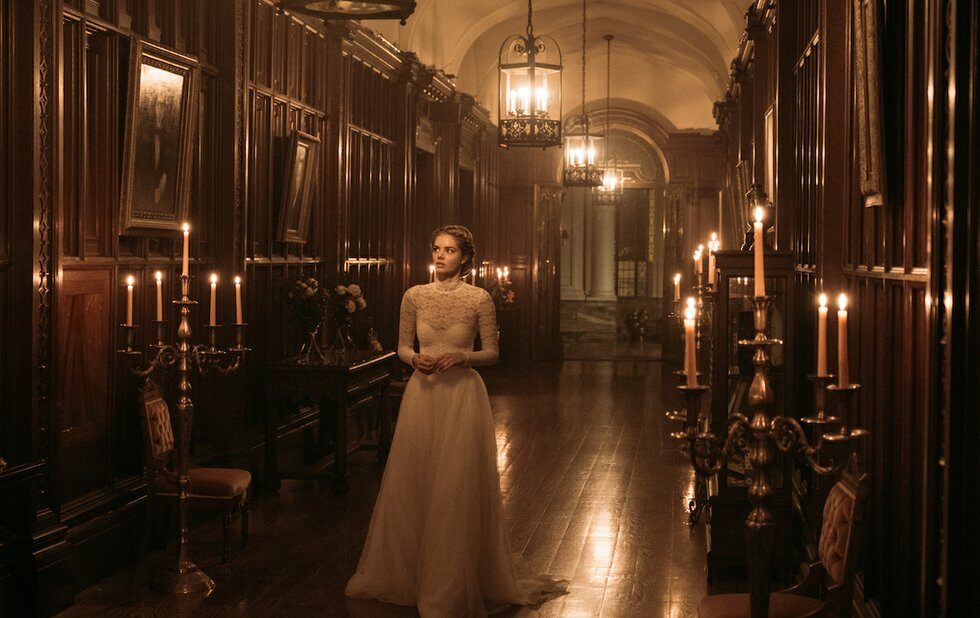 How weird is it that just after everyone’s forgotten the right-wing furor over The Hunt earlier this month, another American studio is opening a film in which a wealthy family hunts a young woman from a lower social strata? Pretty weird, right?

It’s almost like no one actually cared about the content of that other movie, and just wanted to make a fuss about something for a couple of days so Donald Trump could move on from calling Dayton “Toledo” at that press conference.

Or maybe it’s something simpler: the trailer for Ready Or Not doesn’t have semiautomatic weapons in it, and its tone makes the film a lot harder to mischaracterize. Anyone who even glances at the marketing can see this one’s not trying to make any sort of statement about America, or the current moment it’s just a gleefully complicated thriller about a family that welcomes its newest member by trying to kill her on her wedding night. It’s a comedy, because how could it not be?

The latest project from Matt Bettinelli-Olpin and Tyler Gillett, who go by the collective title Radio Silence, Ready Or Not stars Samara Weaving, of Mayhem and SMILF, as Grace, a very nice young woman who’s just married board-game heir Alex (Goalie’s Mark O’Brien) at the palatial Le Domas estate. In a couple of quick conversations, we learn her childhood in the foster system has left her longing for a permanent family, and Alex’s wealth is less important to her than his tight-knit relatives. Grace prepared to win them over by any means necessary she just doesn’t realize they have a completely different definition of “winning.”

Tradition dictates anyone who marries into the family plays a random game at midnight, selected by a mildly creepy box that’s been with the Le Domases for generations – since they first struck it rich, as it happens. Grace gets Hide and Seek, the mansion goes into lockdown and the entire family takes up arms to hunt her down and kill her before sunrise. They play fair, giving her a head start and turning off the security cameras. But even so.

The weird but consistent morality at work in Guy Busick and Ryan Murphy’s script makes the whole thing feel like an adaptation of an especially good issue of DC’s old House Of Mystery comics. Rebounding from their disappointing first feature Devil’s Due, Bettinelli-Olpin and Gillett get amazing mileage out of the sheer absurdity of Grace’s predicament, grounding everything that happens in her disbelief and sense of betrayal while also letting the family members hunting her be complex, interesting people who’ve all talked themselves into this because of tradition, superstition and obligation.

It’s all ridiculous – as is the motivation behind the Le Domas clan’s wedding ritual – but his pain is real, and Ready Or Not’s refusal to laugh at that gives the movie an unpredictable edge. Its willingness to laugh at everything else, though? That makes everything so much more interesting.