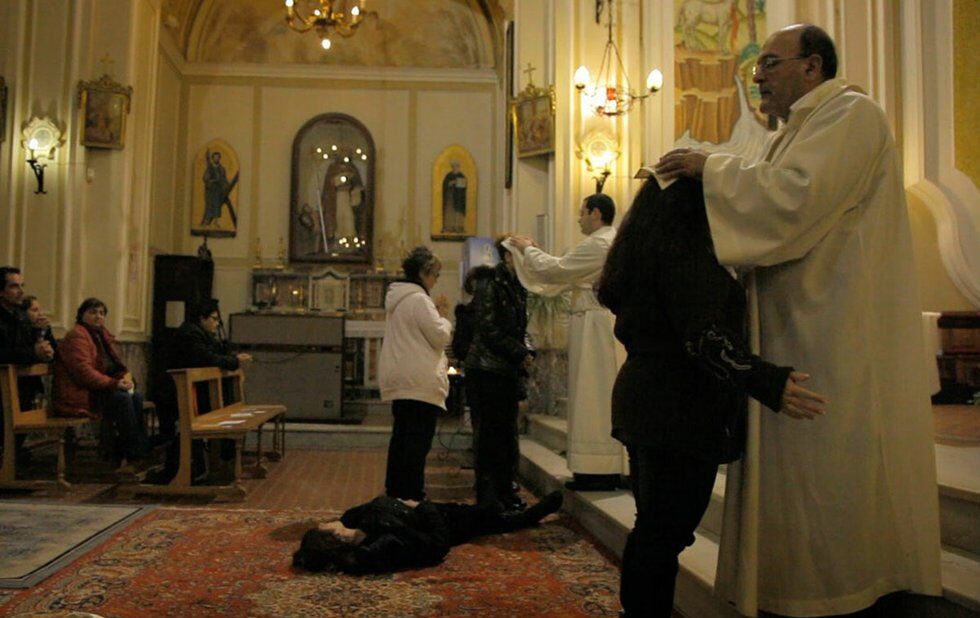 The supernatural subject matter of Federica Di Giacomo’s documentary Deliver Us – which screened at Hot Docs earlier this year under the title Libera Nos – makes it a natural for a Halloween release.

Di Giacomo has made a movie about real-life exorcists, or at least a pair of Sicilian priests who perform the rites on a regular basis, helping to free their parishioners from a Satanic “disorder.”

Opening with a quote from the book of Job, Deliver Us drops us into a church in Palermo where the middle-aged Franciscans Father Cataldo and Father Carmine minister to their flock, conduct church services and, when needs must, cast out the devil.

Di Giacomo eschews commentary or talking-head interviews, simply recording what happens as her subjects minister to the afflicted. It’s up to us to judge whether their efforts are sincere or cynical, and whether the people they deem to be suffering from a Satanic “disorder” are profoundly disturbed or just seeking attention.

Obviously, Deliver Us will play very differently to members of the audience who fear a literal devil they’ll see the priests’ efforts as a validation of their beliefs, while the rest of us will view that as the problem.

It’s awfully hard to take an exorcism seriously when it’s being performed over the phone… but if it works, does that speak to the power of faith or the power of suggestion? And aren’t they the same thing? Di Giacomo leaves the question open, which proves to be her film’s greatest strength.