That’s too bad, because Francis Lawrence, who directed his star in the Hunger Games sequels, gussies the film up to set it apart from other Bond riffs 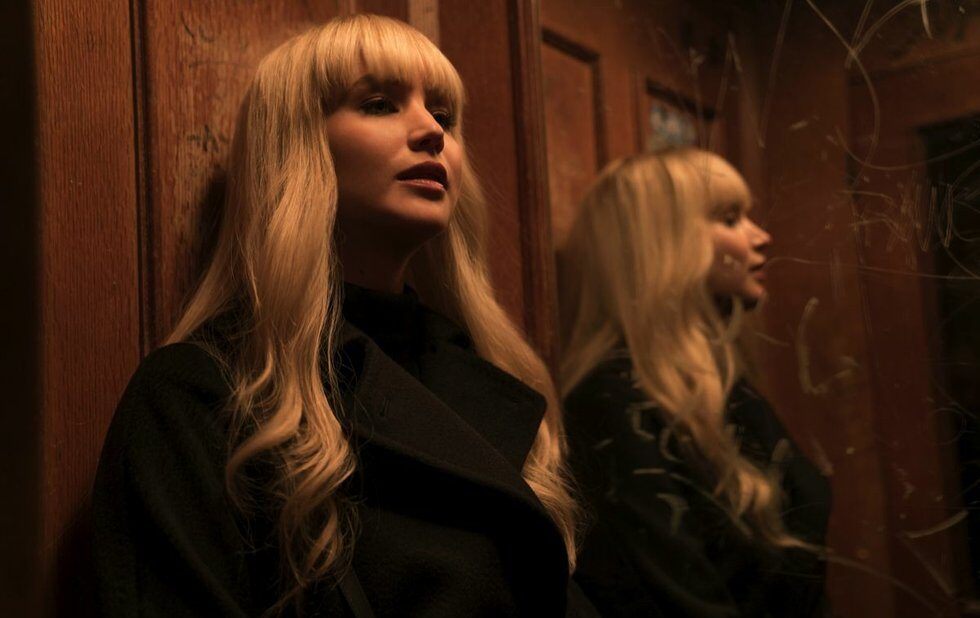 Did you miss Atomic Blonde last year? The one where Charlize Theron plays a British spy on a mission to East Berlin just before the collapse of the Wall, and kicks so much ass she needs a third leg?

Well, watch Atomic Blonde this weekend. It’s the kind of throwback to the glory days of tradecraft, double bluffs and triple crosses that Red Sparrow really wants to be but never quite manages.

Reuniting Jennifer Lawrence with director Francis Lawrence (no relation), with whom she worked on all three of the Hunger Games sequels, Red Sparrow is a big, expensive spy picture that spins a lot of wheels, but fails to find its gear – an issue that gets increasingly frustrating over its bloated running time.

Lawrence plays Dominika Egorova, a Moscow ballerina recruited into the secret service by her spymaster uncle (Matthias Schoenaerts) after a career-ending accident and tasked with seducing maverick CIA agent Nate Nash (Joel Edgerton) in order to ferret out a mole whose identity is known only to him. But will she be able to complete her mission without falling for her mark?

But it’s also exhaustingly serious, forcing its star to play the least interesting version of herself opposite the likes of Charlotte Rampling and Jeremy Irons, who know how to make this stuff appear entertaining even when it isn’t. (Schoenaerts may never crack a smile, but the film is definitely playing up the actor’s resemblance to Vladimir Putin.)

And while the script means to be enigmatic about Dominika’s allegiances, there’s really no question about who’s doing what, or why. Other than one fun scene with Mary-Louise Parker as a traitorous American who shows up drunk to a hand-off in a London hotel, Red Sparrow simply has no room for unpredictability.

It looks gorgeous, though.