NOW MagazineMovies & TVReviewsRevenge is a confident, feminist execution of the rape-revenge exploitation genre

Revenge is a confident, feminist execution of the rape-revenge exploitation genre

Coralie Fargeat’s thriller takes a while to establish its methodical pace, but once it does it plays like a daytime nightmare (note: it doesn’t skimp on gore) 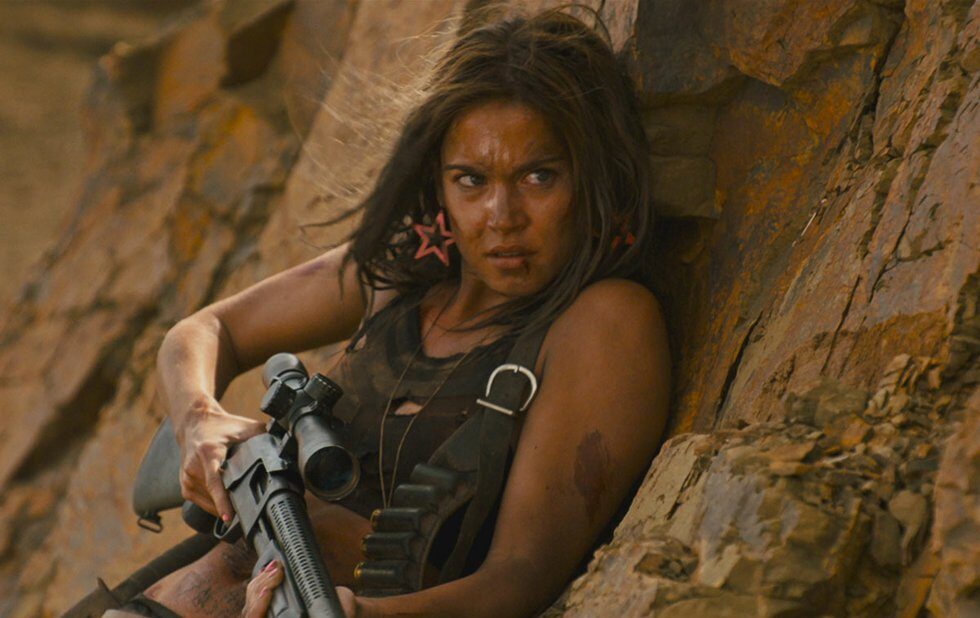 Coralie Fargeat’s Revenge arrives in theatres just weeks after the horrific van attack in North York brought the deeply misogynistic “incel” movement to light – and somehow led the New York Times to publish an op-ed by Ross Douthat suggesting that maybe America should give that whole Westworld thing a try. (Hey, at least he didn’t play the Gilead card.)

The timing couldn’t be better. Revenge now plays like a response to Douthat’s blinkered idiocy: the problem isn’t the women who won’t sleep with men they’re not interested in, it’s the men who think they’re entitled to anyone they want.

A confident, feminist execution of the rape-revenge exploitation genre, Revenge filters sexist garbage like I Spit On Your Grave through the lens of the New French Extremity and comes up with an almost elemental treatment, reducing the story to action and reaction, suffering and retribution.

At her married boyfriend’s luxe desert house for a weekend getaway, a young American (Matilda Lutz) is assaulted by one of his friends. Her boyfriend (Kevin Janssens) decides it’s better to kill her than face the consequences, but Jen survives and comes after them to settle all scores.

It takes a little while for Fargeat to establish the film’s methodical pace – there are just five characters, and dialogue is minimal after a certain point – but once she does, the movie plays like a daytime nightmare, with Jen rising like a phoenix to become a relentless, remorseless executioner rendering spectacular punishment upon her assailants.

Fargeat doesn’t skimp on the gore, which delighted Midnight Madness audiences at TIFF last fall, but neither does she try to eroticize the suffering of her characters, a key difference between this movie and its tumescent predecessors.

Cinematographer Robrecht Heyvaert drenches the screen in harsh yellows, dusty browns and smeared, bloody reds, and Robin Coudet and Rob’s score keeps the cat-and-mouse tension alive even as the movie creeps toward the two-hour mark.

Is it a horror movie? Technically it’s more of a gruesome thriller. But in its understanding of some very real anxieties – and its willingness to amp them up for the purposes of tension and social commentary – Revenge earns that designation pretty quickly.

Also, there’s the thing with the glass shard. You’ll see.