Review: Apple’s Foundation wants to be the sci-fi Game Of Thrones 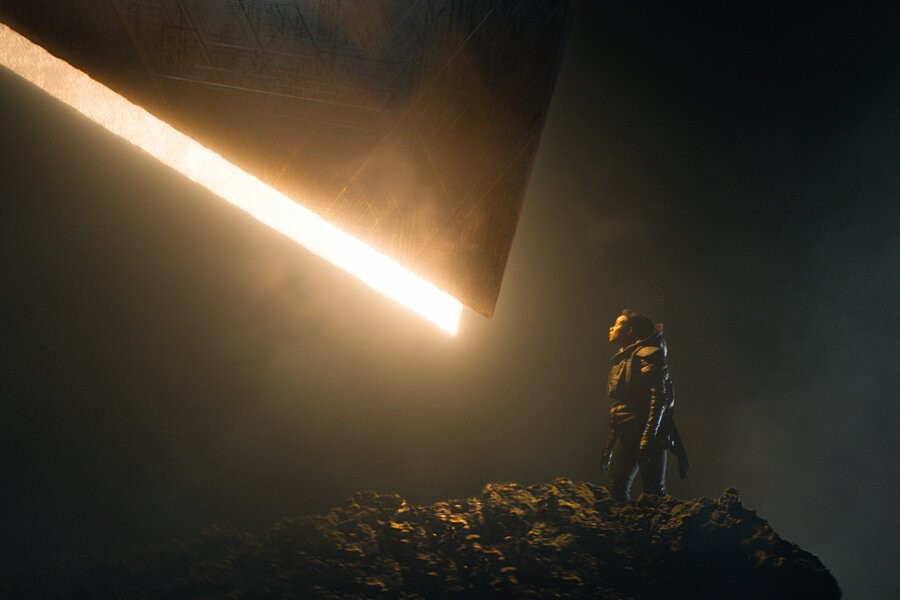 Isaac Asimov’s Foundation cycle began as a quartet of stories in the early 50s, imagining a far-flung future where the Galactic Empire, shaken by a prophecy of its imminent collapse, sends a small group of people to a remote planet to preserve humanity’s knowledge, the better to help rebuild civilization after the fall.

By the time Asimov died, in 1992, it was the central text of his life, with seven novels published over four decades and Asimov incorporating unconnected works – like his Robot stories – into its chronology. The storyline spans centuries, or maybe even millennia, charting the history of the Galactic Empire and the legacy of genius mathematician Hari Seldon, whose infallible method of “psychohistory” shows both the end of all things and the way to their rebirth. I haven’t read it all. It’s a lot.

People have been trying to bring Foundation to the screen for decades, with New Line Cinema famously giving up in the 90s and taking a run at another massive literary property, The Lord Of The Rings, instead. The version of Foundation that premieres tomorrow on Apple TV+ uses yet another imposing fantasy text as its blueprint: Game Of Thrones.

The shadow of George R.R. Martin’s books – or rather, the HBO series that came from those books – hangs heavily over Foundation, as it does almost all of the complex high-fantasy shows that have emerged in the last few years. Developers Josh Friedman and David S. Goyer don’t pour on the sex and violence the way David Benioff and D.B. Weiss did, but the whole “interlocking narratives of elaborately garmented figures discussing machinations and intrigue on expensive sets” thing? That’s all Foundation is.

This adaptation centres the action – at least initially – on Gaal Dornick (Lou Llobell), a young genius from the distant world of Synnax who comes to the Empire homeworld of Trantor as the protégé of Jared Harris’s Hari, arriving on the eve of his arrest for high treason. It seems the trio of Emperors – all clones of the original Emperor, but at different ages – has taken umbrage at Hari’s calculations, deeming them heretical and quietly murdering anyone who reads his work.

But Hari has the advantage of being right, and when a terrorist attack on Trantor leaves tens of millions dead and the Empire in danger of shattering even sooner than expected, the Emperors charge him with building his Foundation on the remote planet of Terminus, which is where our story begins.

It’s all very heavy going, because Goyer – running the series solo after Friedman’s departure early in the development stage – treats the material with the utmost reverence, making sure we know he regards Asimov’s work with the same regard as the author’s fans. Which is fine, I guess, if all you want to do is see scenes from the books played out by actors in front of a bajillion dollars’ worth of CGI; personally, I was hoping Goyer would find a way to bring the story to life.

And that doesn’t really happen. Foundation might throw some curve balls at the faithful with its first couple of episodes – and most of Goyer’s tweaks are smart ones – but it’s still an airless thing, all portent and anticipation for the story to come. This has been a problem with a lot of these fantasy and sci-fi shows, and with the larger streaming model in general: entire season of televisions are being produced as a tease for the next one, the better to keep subscribers sticking around to see what happens next.

But I find myself less enthusiastic about spending hours watching a series gear up for the good stuff, especially when the material is as sombre as this. And it’s frustrating to watch actors as lively as Harris, Llobell, Alfred Enoch, Reece Shearsmith and Lee Pace – who turns up as one of the clone emperors – stuck striking poses and making pronouncements when there’s so much more they could be doing instead.

Still, what do I know? I didn’t like the new Dune movie, either. Maybe this is the adaptation the Foundation faithful have been waiting for. One thing’s for sure, though: it’s the only one they’re ever going to get.