Review: Apple’s Invasion is a complete waste of time 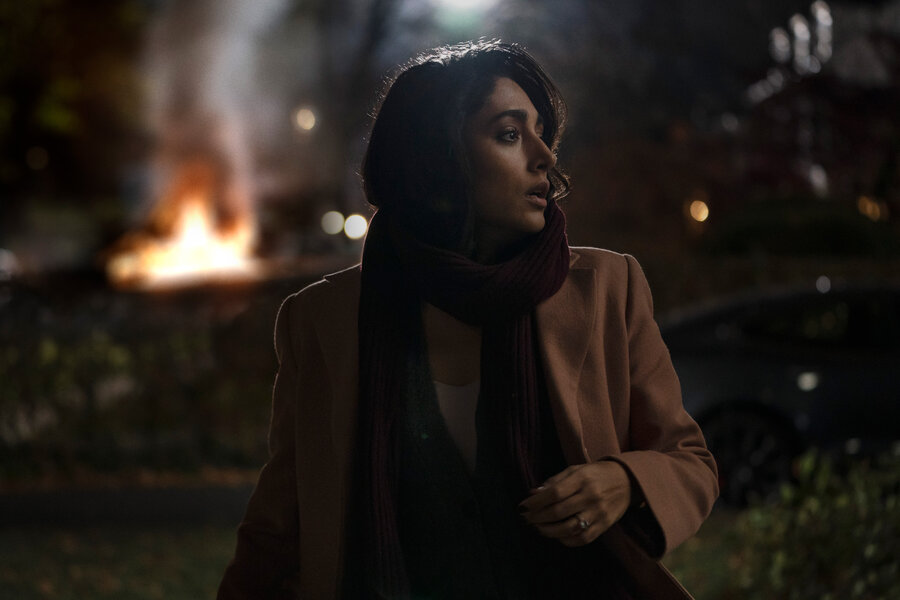 Golshifteh Farahani looks for something to do in Invasion.

Well, I guess I owe Foundation an apology.

David S. Goyer’s convoluted adaptation of Isaac Asimov’s epic futuristic vision may be little more than a sci-fi Game Of Thrones wannabe, but you know what? That’s something. And compared to Invasion, this month’s big Apple TV+ genre show, it’s a classic for the ages.

Invasion is an ambitious, expensive show with a great hook, following characters in Tokyo, Long Island, London, Kabul and rural Oklahoma whose interpersonal dramas are derailed – rather understandably – by an alien attack on our planet. It’s got a diverse cast, including Paterson’s Golshifteh Farahani, Stowaway’s Shamier Anderson and Deadpool 2’s Shiori Kutsuna; Rinko Kikuchi, of Babel and Pacific Rim, has a crucial recurring role. The production filmed all over the world, paying what I hope was top dollar for key talent; the UK sequences were shot by Ben Wheatley’s frequent cinematographer Laurie Rose, who knows more than most how to infuse the English countryside with tension and dread.

All this talent, and yet Invasion is, in a word, terrible: clumsily written, grindingly paced, incoherent in its world-building and unable to deliver on its most basic promises. Creators Simon Kinberg and David Weil have some decent credits between them – Weil created Amazon’s retro Nazi-chaser series Hunters, and Kinberg’s long list of credits includes writing Mr. & Mrs. Smith and producing The Martian, though he also botched Marvel’s Dark Phoenix saga in two different X-Men movies. But if you only saw Invasion you’d have to conclude they’d pitched this idea in an email and never really hashed it out before they started writing episodes.

Invasion plays like a clone of NBC’s Heroes – an ambitious mystery show that revealed itself to be a clumsy Watchmen pastiche before the end of its first season – laced with the thriller mechanisms of A Quiet Place, its characters wandering through a world bristling with the potential of violent death at any moment. Whatever spins out of that setup, it doesn’t need to be boring.

The first episode sets up some potentially interesting storylines for the characters: Farahani’s Aneesha Malik is a Long Island homemaker who discovers her husband (Firas Nasser) is cheating on her just hours before everything goes to hell; Neill’s John Bell Tyson is a beloved small-town sheriff whose retirement is interrupted by a couple of disappearances that may be linked to a mysterious crop circle; Kutsuna’s genius astrophysicist Mitsuki Yamato tries to balance her romantic life with her job overseeing a shuttle mission that’s more fraught than anyone could have expected.

The second episode introduces additional players – most specifically Anderson’s Trevante Ward, a Navy SEAL leading his unit into a bizarre confrontation in Afghanistan, and Billy Barratt’s Casper Morrow, a London schoolboy being bullied because of his epilepsy. They don’t have much in common, other than the fact that they’ll spend at least half the show waiting for something to do.

I waited even longer than that, because the only thing Kinberg and Weil really know how to do in Invasion is stall for time: the entire show is built around waiting for the characters to figure out the thing we all know is going on, because it’s right there in the title sequence. Plenty of genre stories consider massive events from a deliberately restricted perspective: think of movies like M. Night Shyamalan’s Signs, Steven Spielberg’s War Of The Worlds or Matt Reeves’s Cloverfield, where we’re forced to figure things out alongside the characters. Kinberg and Weil try that here, sort of, but they never figure out the rules: we’re in four or five different locations around the world, but it’s impossible to tell what’s happening.

We’re told entire cities have been wiped out, but we’re never shown any evidence of this; the worst we see is some CG smoke over London and a few meteorite strikes here and there. And though we’re repeatedly shown that global communications were the first thing to go, Tokyo seems more or less fine; at first I thought the show was doing something clever with timelines, but it’s not. It’s not doing anything, just shuffling between narrative tracks killing time until Kinberg and Weil can fill their season order, and even then – because Invasion is a show produced for a streaming service, and streaming services want their subscribers to stay subscribed – the whole thing ends on a setup for a second season that I cannot imagine anyone will want to watch.

Honestly, what a terrible waste of time and money. I hope everyone was paid really well, and that the actors use clips from this show in their demo reels going forward because they all look fantastic. That’s my takeaway from Invasion. Please don’t watch this stupid, empty show.

3 responses to “Review: Apple’s Invasion is a complete waste of time”