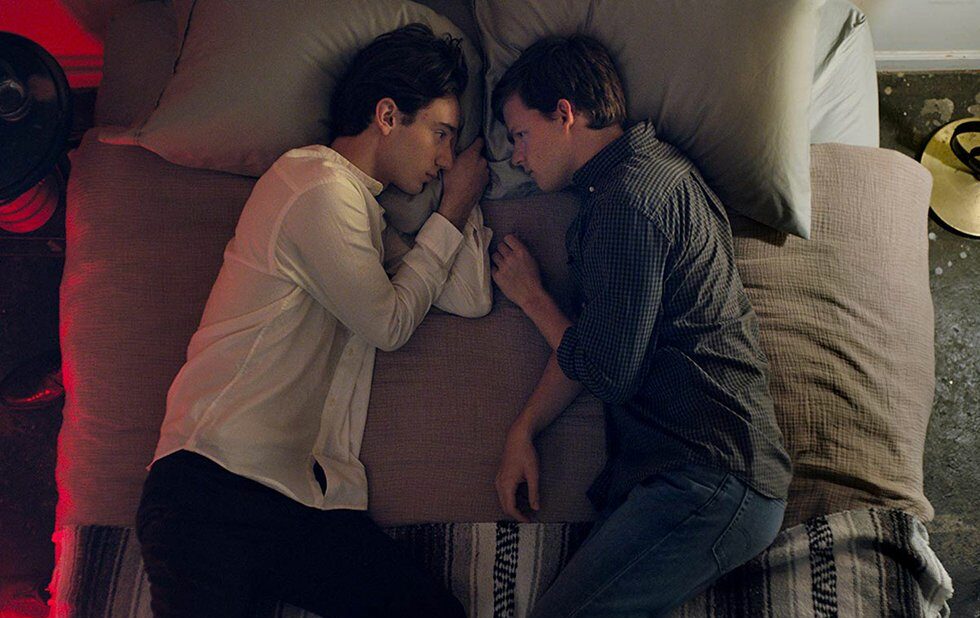 Joel Edgerton’s second feature is a moving, sober and occasionally rambling adaptation of Garrard Conley’s memoir of his brief but harrowing time spent in a gay conversion therapy program.

Under Sykes’s iron fist, gender roles are rigid (boys shouldn’t cross their legs), touching is forbidden and all washroom visits have to be supervised. Sykes believes same-sex attraction is a result of other aberrant things in one’s family tree – you know, like alcohol, gambling and abortion.

Working on homework at night while staying with his mom at a nearby hotel, Jared flashes back to show us how he ended up here, and this choppy structure – a problem the book itself has – affects the film’s rhythms and initially keeps us at a remove from the characters.

But as Jared’s past catches up with his present, the film takes on a cumulative emotional weight, and Hedges’s performance – he’s emerging as one of his generation’s most versatile actors – starts to deepen. Jared doesn’t get to say much, but one scene in which he lashes out at a homoerotic bus shelter ad speaks volumes about his internal struggles and hidden desires.

What’s most impressive about the film is its restraint. There are no villains. Everyone believes they’re doing the right thing. And that, combined with the statistics about the number of states that still run such programs shown during the closing credits, is the tragedy.