Sequel to boxing drama remixes Rocky II, III and IV but doesn't quite come out from Ryan Coogler's shadow 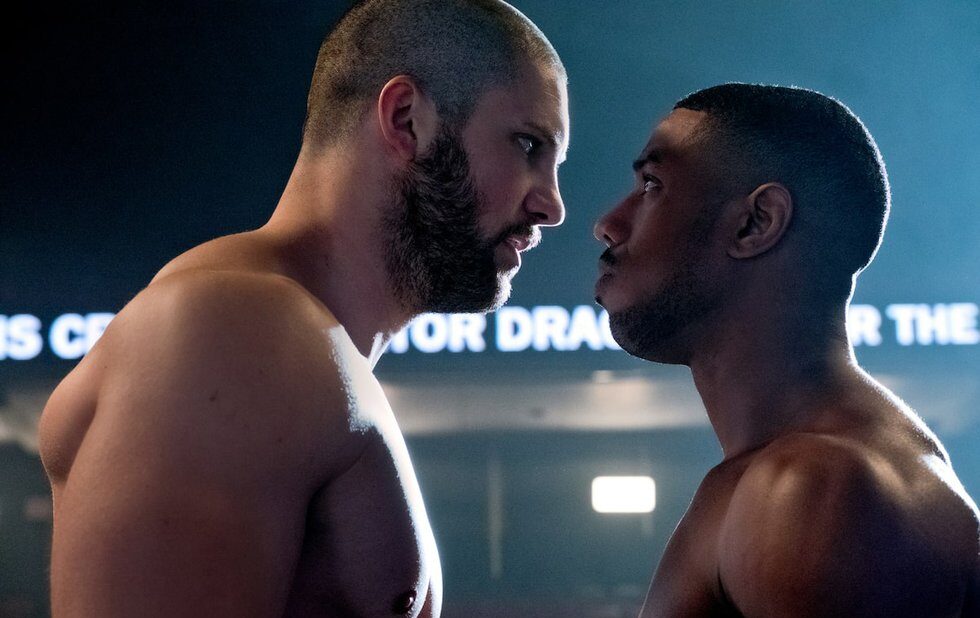 Coogler’s Creed wasn’t a Rocky movie. Rocky was in it – and Sylvester Stallone gave a career-best performance as the older, slightly wiser champ – but Coogler understood that Michael B. Jordan’s young, hungry Adonis “Donnie” Creed deserved his own story, his own style and his own triumphs – even if they did artfully echo what happened in John G. Avildsen’s 1976 best picture winner. History does have a way of repeating itself, especially in fiction.

Creed’s a great movie, driven by the combination of Coogler’s instincts, Jordan’s star power, Tessa Thompson’s sly romantic fizz as Donnie’s love interest, Bianca, and what might be Stallone’s single best performance. Creed II is the expansion pack, the eighth installment in the Rocky Balboa Cinematic Universe. And this time it’s personal.

Written by Juel Taylor and Stallone, Creed II remixes the plots of Rocky II, Rocky III and Rocky IV for a story in which Donnie quickly wins the heavyweight championship, only to be challenged by Viktor Drago (Florian Munteanu) – a Russian clobberer who just so happens to be the son of Ivan Drago (Dolph Lundgren), the Soviet monster who killed Donnie’s father, Apollo, in the ring back in 1985.

Ivan has been seething over the defeat ever since, and he’s engineered Viktor into a vicious boxer in an elaborate revenge plot that doesn’t make a lick of sense, but hopefully no one will think about it too much during the movie.

It’s a grudge match Donnie can’t refuse, even though everyone begs him to – and when they do fight, Ivan beats Donnie to a pulp, crushing his spirit as well as his ribs and face. But this is a Rocky movie – it’s three of them, in fact – and so Donnie must build himself back up and return to the ring to reclaim his power.

It’s perhaps worth pointing out that the first Creed is the only one of these movies Stallone didn’t write, and also the only one that isn’t obsessed with the idea of proving oneself to the world. Creed II spends a lot of its time trying to reconcile Stallone’s pulp instincts and the deeper emotional currents in which Jordan and Thompson are swimming.

Donnie and Bianca have a lot to deal with in this movie, their relationship having blossomed into something much more profound and challenging – and there’s a really interesting theme banging around underneath Creed II about what sons will do to please their fathers, and what fathers will do for their children.

The movie spends a lot of time sidling up to that theme, nudging and jabbing at it and occasionally bringing it into focus, but it’s hobbled by the whole Drago thing, which pulls on the more complex drama like an anchor.

On the other hand, a one-dimensional villain makes a great punching bag, and the fights between Donnie and Viktor are impressively brutal – up close and bloody, without a hint of the grace Coogler brought to the bouts in the first Creed. My preview audience gasped and cheered at all the right moments, and Caple holds composer Bill Conti’s famous fanfare back until Donnie earns it.

It may struggle in the other departments, but Creed II is a really satisfying Rocky movie. It’s just that I think I prefer the Creed movies now.