NOW MagazineMovies & TVReviewsReview: Pixar’s Soul is a fitfully entertaining movie in search of a spark

Review: Pixar’s Soul is a fitfully entertaining movie in search of a spark

The digital animation studio's latest - premiering on Disney+ for Christmas - has it moments, but they don't quite add up to a whole. 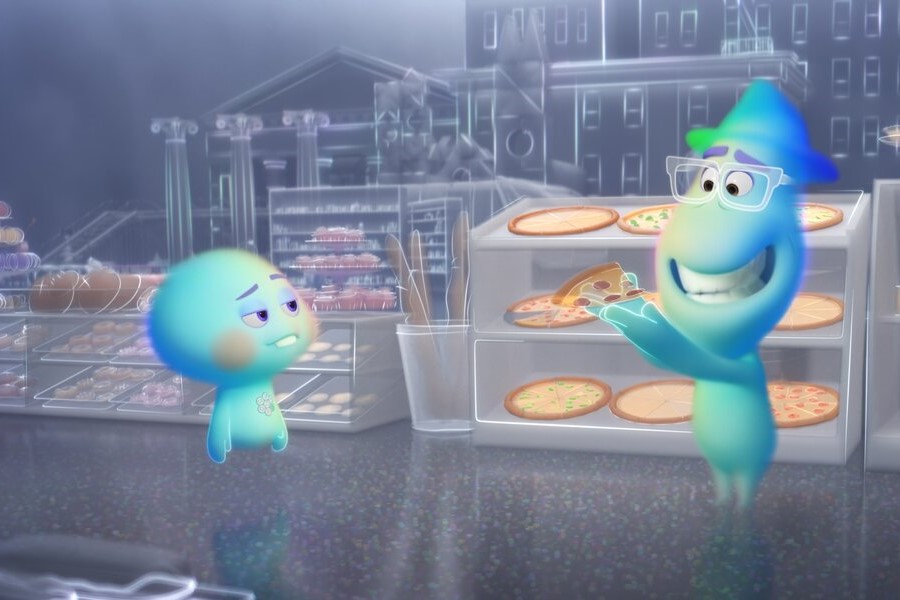 Soul was supposed to be Pixar and Disney’s big animated blockbuster this summer, but instead Pete Docter and Kemp Powers’s metaphysical Pixar comedy is the company’s Christmas present to Disney+ subscribers, who’ll get to watch it without paying for premium access the way they did with Mulan.

And this is good, in the large: Soul has problems, but it’s a much more satisfying experience than that other movie. Certainly not having to pay an extra $35 to watch it is even more satisfying.

That said, like a lot of Pixar’s recent output, Soul is… kind of messy. It’s beautifully realized, as is the case with everything the digital animation studio produces, contrasting the striking, photorealistic New York City locations with the floofiness of the before-and-afterlife, where some characters exist as two-dimensional abstractions and others just sort of blob along in search of a final corporeal shape.

But the story’s a jumble of notions, each one fighting for prominence in a narrative that seems weirdly unaware of its message. And given that Soul is ultimately a movie about the meaning of life, that’s frustrating.

After years of toiling in obscurity as a high-school music teacher, jazz pianist Joe Gardner (voiced amiably by Jamie Foxx) gets what could be his big break as a performer – and falls down a manhole, his soul ejected into a netherworld called The Great Before, where he finds himself trying to help a cranky human-to-be (Tina Fey) find the “spark” that’ll drive her in life… and, in the process, get back to his own.

If that sounds kind of weird, well… yeah. There’s a weird incoherence to Soul, which feels like it was assembled from three very different pitches – a high-concept meditation on individuality and personality that leans heavily on elements Docter used in Inside Out, a Heaven Can Wait meets All Of Me farce that takes over the second act, and a more thoughtful story about the value of an individual life to everyone but the person living it.

Each of those has its moments, but slammed together into one feature, they feel like they’re fighting for dominance from one scene to the next, resulting in a film that, for all the work that’s clearly gone into it, just doesn’t seem to know what it wants to say.

Watch our interview with animator Trevor Jimenez in the video below.