J.K. Rowling's latest Harry Potter spin-off is too busy piling on origin stories to care about its characters 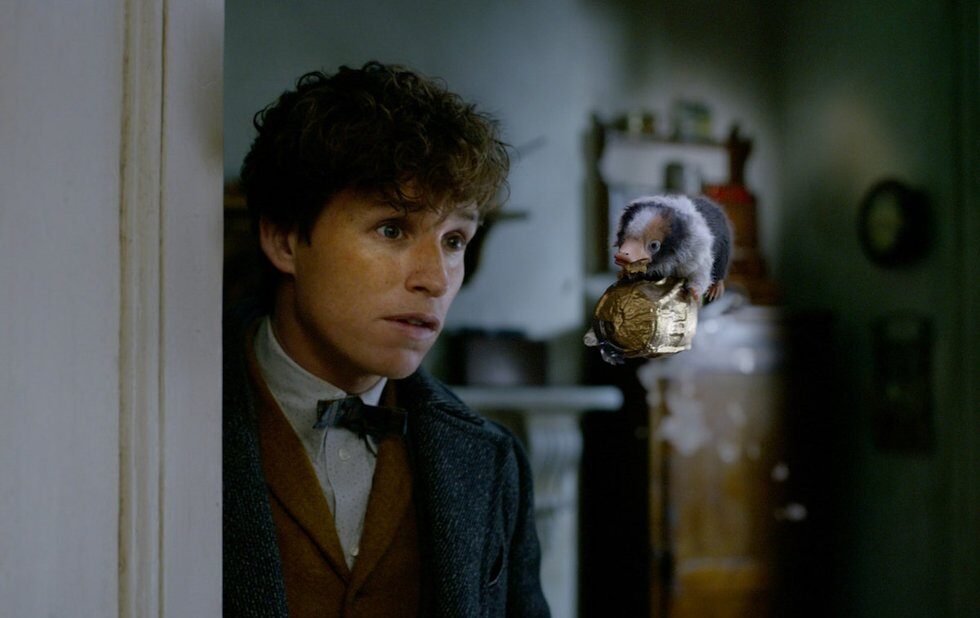 Eddie Redmayne gazes at a cute magical creature in Fantastic Beats: The Crimes Of Grindelwald.

The first Fantastic Beasts movie had Eddie Redmayne’s wizardly zookeeper Newt Scamander run around New York City collecting magical creatures, as if it were screenwriter J.K. Rowling’s answer to Pokémon GO. The sequel, Fantastic Beasts: The Crimes Of Grindelwald, is busier, messier and not all that different.

Once again, people are constantly searching. Newt arrives in Paris looking for Tina (Katherine Waterston), the magic detective he had an awkward dalliance with in the first movie, though they’ve since been wedged apart. Newt’s muggle sidekick Jacob (Dan Fogler) joins him, searching for his wizard lover Queenie (Alison Sudol), who disappears on them after an argument.

Pretty much everyone takes turns hunting down Credence (Ezra Miller), the creepy, powerful adolescent whose volatile emotions make him a dangerous and unpredictable entity. Meanwhile, Credence is looking for the birth mother who abandoned him as a child.

That’s the plot in a nutshell, but with blinding CGI wizardry and heavy exposition lathered all over to lay the groundwork for an eventual standoff (perhaps at the end of the other four planned movies) between frosty, fascist wizard Gellert Grindelwald (played by Amber Heard’s allegedly abusive ex-husband Johnny Depp) and his nemesis Albus Dumbledore (Jude Law) aka Harry Potter’s Yoda.

As a franchise, Fantastic Beasts is essentially a Dumbledore origin story, though it has the gall to plant more origin stories within itself. That’s why not a single person in the cast can leave an impression or truly engage with each other the way the Hogwarts kids did. Characters are too busy planning the drama to come, which will tee up Voldemort, while simultaneously explaining back stories about how they got here. They’re constantly looking in the past and the future, rarely creating moments.

The whole thing is so overstuffed, exhausting and tedious that when the cute magical creatures pop up like “hey, remember us?!” it’s a pleasant relief. I’ve never appreciated Pokémon GO more.