Review: Just Mercy holds its Black characters up to an impossible standard 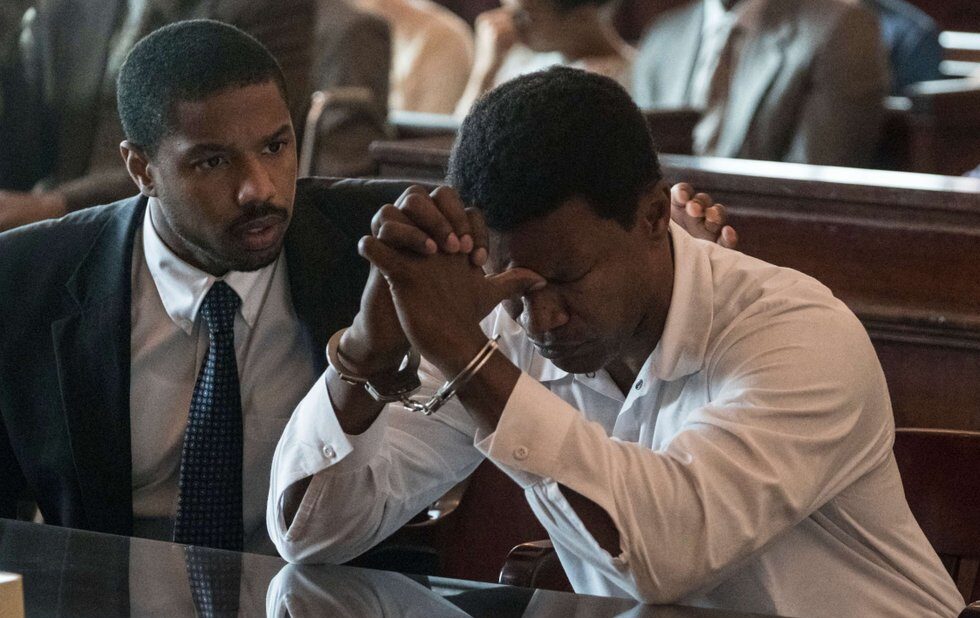 Michael B. Jordan practically has a halo around his head in Just Mercy. He plays real-life heroic lawyer Bryan Stevenson as a flawlessly compassionate crusader, which leaves little room to make the character interesting – not that Jordan doesn’t try.

Stevenson founded the Equal Justice Initiative to do battle against the wrongful convictions the justice system is so prone to handing out when an African American is put on trial. The movie, directed by Short Term 12 filmmaker Destin Daniel Cretton, covers those early days putting together the foundation and fighting to rescue inmate Walter McMillian from death row.

Jamie Foxx is terrific as McMillian, who was sentenced to death for murdering an 18-year-old white girl. The movie forgoes legal suspense for a more infuriating civil rights drama that just happens to take place in Monroeville, Alabama – the birthplace of To Kill A Mockingbird author Harper Lee. A running gag in the film involves locals recommending visits to a museum with a Harper Lee exhibit, unaware they’re part of the very mob mentality at work in the author’s novel.

Jordan’s Stevenson is the Atticus Finch, aided in his pursuit for justice only by a local activist played by Brie Larson (a Cretton regular). You know all the beats the movie’s going to hit: the tragedy and righteous fury, but Just Mercy doesn’t probe any deeper than movies like Mockingbird, A Time To Kill or The Green Mile. It’s all so familiar but reliably effective. The audience at the TIFF premiere I attended was a chorus of sobs.

But while the movie counts on emotional reactions to witnessing injustice, it doesn’t trust the audience enough to show that those fighting injustice can be flawed.

As a heroic lawyer, Jordan (who also served as producer) is more refined and dignified than all the movie lawyers (and perhaps real-life lawyers) before him. His Stevenson doesn’t make mistakes or show an ounce of selfishness. Despite his sculpted Adonis body, he’s sexless. Perhaps because he’s Black, he’s held to some bullshit higher ideal than a white lawyer.

He’s not even allowed to be angry. Jordan wins our sympathy whenever his lips and eyes quiver as Stevenson is forced to swallow his rage. But those moments remind us how much better this movie could be if its lead actor could just let Stevenson let loose, like he did as Erik Killmonger in Black Panther and as Adonis Creed in Creed.

Just Mercy could use a little Killmonger, who Jordan played with a mix of pride and fury, tragedy and dignity. But the problem with a movie like Just Mercy is that it isn’t necessarily playing to an audience empathetic to Black people’s plight.

Instead the film holds its Black characters up to an impossible standard, seeking sympathy from a demographic that thinks Michael Brown and Trayvon Martin had a hand in their own fate.